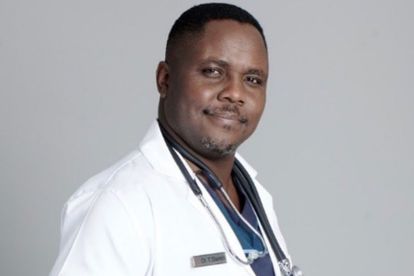 Mavuso who plays a drunkard doctor and woman in the telenovela confirmed he’s now one of the directors on the show.

Durban Gen has announced that one of its talented actors – Meshack Mavuso has climbed the ladder as one of the directors on the show.

The show premiered in October 2020 and is produced by Stain Glass TV which also produces The Wife, Uzalo, Lingashoni, and many more popular shows in Mzansi.

“I’d like to take this moment and thank all those who are behind my success.”

“Ke ya leboga (thank you). Now you can officially call med Mr Director.”

He also thanked the production company for entrusting him with the big responsibility.

ALSO READ:Tina Jaxa has joined the cast of ‘Durban Gen’ as Nomvula

“He is one of the hard workers who always strive to learn new things and face new challenges.”

“And growth is important to every artist.”

“Stained Glass is pleased to contribute to our actor’s development.”

“We are certain that although it’s a big step for him, he will be doing a good job.”

Durban Gen is a Durban-based hospital which reflects on the daily challenges of the doctors and nurses at Durban General Hospital.

Dr Thabo Dlamini is the Chief of Surgery at the fictional hospital who is married to Dr Precious Dlamini played by actress-producer Lihle Dhlomo.

Dr Thabo Dlamini is a womanizer who’s cheated on his wife with several nurses and doctors at the hospital and a recovering alcoholic.