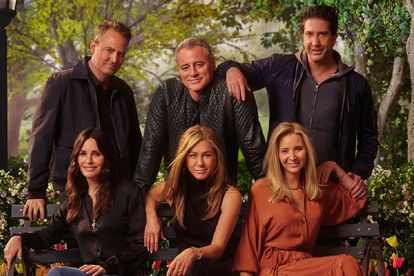 It’s been hinted at for years – and now we’re finally getting to see the entire Central Perk gang back together. We’re talking about the cast of Friends, of course! This week sees the epic return of Ross, Rachel, Joey, Monica, Phoebe and Chandler on M-Net (DStv channel 101) and we’re definitely there for it. Join the gang as they relive some of their favourite scenes, play games and discuss the impact the show had – and is still having – on generations of viewers.

With winter setting in hard and heavy, there are plenty more reasons to stay indoors and tune into your favourite shows. And if you think you’ve seen it all, think again as M-Net (DStv channel 101) has a plethora of new programmes coming your way. First up is Survivor South Africa, which sees a new twist as the concept of Immunity Island is introduced. MasterChef Australia is also back for the 13th season and this time around, the hopeful chefs will be given three immunity pins to be used at any point in the show – including the end! For the kids, Queen Poppy and Branch are back in another great musical adventure. In Trolls World Tour, they must stop the evil Queen Barb of the rock tribe as she seeks to destroy all musical genres.

Season 5 of Queen Sugar also airs on 1Magic (DStv channel 103) and sees the Bordelon siblings face even greater challenges as the COVID-19 pandemic hits followed by anti-racial protests across the United States. The Bordelons may inhabit a fictitious world, but the real world also has its own set of challenges as a result of the pandemic. In Cornwall with Simon Reeve on BBC Earth (DStv channel 184), the town of Cornwall is just opening up as the United Kingdom lifts lockdown restrictions. With an economy that is dependent on tourism, Reeve investigates the highs and lows of the town and its peoples during this turbulent time.

With so much amazing entertainment on DStv, who needs – or even wants to – head outside this winter? And if you absolutely must brave the chilly weather, DStv can be right at your side – simply download the DStv app, available on Apple or Android to watch your favourite shows on the go.

Nineties kids, rejoice! Our favourite friends return to our screens in a movie of epic proportions. Join Rachel, Ross, Joey, Monica, Phoebe and Chandler in “The One Where They Got Back Together” to discuss the impact of friends, play games and recreate some of the most iconic scenes from this well-loved sitcom which aired for 10 seasons.

The hit franchise is back – with a little bit of a twist. The premise remains the same: twenty castaways competing to be the ‘sole survivor’ in a remote area of South Africa. The catch? This season sees the first time the competitors will compete on Immunity Island.

Anna Kendrick (Pitch Perfect) and Justin Timberlake (In Time) are back to reprise their roles as Poppy and Branch. In this new adventure, they discover there are six different troll tribes across the land and each one specialises in a specific kind of music – funk, country, techno, classical, pop and rock. When rockers Queen Barb played by Rachel Bloom (The Angry Birds Movie 2) and King Thrash (Ozzy Osbourne) set out to destroy the other music, Poppy and Branch embark on a dangerous mission to unite the trolls and save their music before they become extinct. The film also features a voice cast of spectacular talent, including James Corden (The Prom), Ron Funches (Trolls Holiday), Kelly Clarkson, Anderson. Paak, Sam Rockwell (Charlie’s Angels), George Clinton (Kuso) and Mary J. Blige.

Much like all the other television shows, Queen Sugar’s 2020 season spotlighted the realities of the pandemic. Unlike those other shows though, the aim behind the series’ fifth season is to act as a time capsule of events that shaped the United States during one of the most turbulent years in the country’s history. With this context as a backdrop, the Bordelon siblings continue to face challenges that will shape their future lives.

As the United Kingdom emerges from a lockdown, Simon Reeve takes the opportunity to explore his country. Reeve travels through the amazing Cornwall during a summer like never before, where the pandemic has highlighted the precarious nature of the economy during this time and its effects on people’s lives in the town of Cornwall, which is heavily reliant on tourism.

Hopefuls who think they have what it takes to become a MasterChef display their cooking skills to three judges in the 13th season of Australia’s most popular cooking competition. This season, the contestants are given three immunity pins that can be used at any point of the competition – even at the very end. Look out for guests such as Nigella Lawson, Yotam Ottolenghi, Clare Smyth, Heston Blumenthal, and many more.