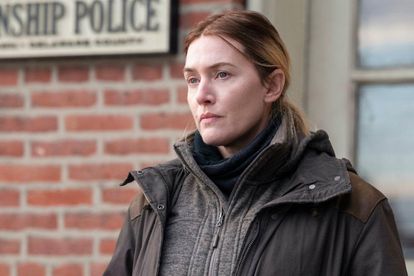 It’s already the middle of April – but that doesn’t mean the entertainment stops. On the contrary, DStv has even more amazing programming lined up this week.

Both M-Net (DStv channel 101) and kykNET (DStv channel 144) have exciting new shows. On M-Net, Kate Winslet takes on the role of producer and female lead in the limited series Mare of Easttown. While trying to keep her life from falling apart, traumatised small-town detective Mare Sheehan (Winslet) must solve a brutal murder. As she constantly pushes the boundaries, she also uncovers the dark past and secret tragedies in her close community. Op My Eish! is kykNET’s newest reality show with South African heartthrob Neels van Jaarsveld. Join him and wingman Henré Pretorius as Neels looks for love in Hermanus.

This week’s Sunday night blockbuster is more than you’d expect with action-man Nicolas Cage as expert hunter and collector Frank Walsh in Primal on M-Net (DStv channel 101). After bagging a priceless white jaguar, Walsh expects a big payday but on the cargo ship heading to the States, he’s faced with his most dangerous prey yet: an assassin facing extradition.

Over on History Channel (DStv channel 186), In Their Own Words: Muhammad Ali tells the life story of the world’s greatest boxer and his profound impact on both culture and history, while CBS Reality (DStv channel 132) airs the latest season of Rumble & Hum, with SA’s very own Lewis “Vudulew” Williams, a controversial yet intriguing figure. Join Williams and his team as they pierce and tattoo a wide variety of customers – from international Formula One drivers and musicians to motorbike enthusiasts and business professionals.

The kids also have plenty to look forward to with Darwin & Newtson Da Vinci (DStv channel 318). New Zealand Maori siblings Darwin and Newts figure out how stuff works with the help of science and some Kiwi ingenuity.

This year, Earth Day is on Thursday, 22 April – and Curiosity Channel (DStv channel 185) is celebrating with a full day of earthy programmes. Begin the day with Secret Life of Lakes at 09:00 and discover how people and nature have existed together for centuries with a deep dive into the immutable lake waters. Unlike the tumultuous oceans and mighty rivers, lakes offer tranquillity – and beneath their depths, an aquatic heart. At 14:00, Life On Fire takes us into the Masaya Volcano in Nicaragua, where life has struggled to emerge after thousands of years. Later in the evening at 19:00, Polar Bears will entertain kids and adults alike. These furry creatures are majestic and are able to withstand the harshest environments while remaining top predators. Whale Wisdom at 20:00 shows us just how smart whales can be – and yet, they remain a mystery despite new science giving us answers as to how they might see and interact with the world. Filmed entirely in 4K from above and below the water, marine biologist and filmmaker Rick Rosenthal shines a light on the culture and wisdom of whales in this exciting factual feature. To end off the thrilling Earth Day entertainment, Rainforest Home airs at 21:00 and takes us on a journey through the richest habitat on earth. Teeming with millions of plants and animals, the tropical belts of green stretches across South and Central America, Indonesia, Malaysia and northern Australia.

With so much amazing entertainment on DStv, who needs to head outdoors?

Lewis “Vudulew” Williams, one of the most controversial characters in South African entertainment and an award-winning tattoo artist, professional firearms instructor and one of the country’s most renowned eSports shoutcasters is back for a second season of Rumble & Hum. Watch as Williams and his team pierce and tattoo a wide variety of customers – from international Formula One drivers and musicians to motorbike enthusiasts and business professionals. The show also focuses on the everyday life of Williams and looks into why he is the most controversial local celeb.

Nicolas Cage (Ghost Rider) plays Frank Walsh, an expert hunter, and collector who – after bagging a priceless white jaguar for a zoo – expects a big payday. He sets off with the jaguar on a ship heading to America but unbeknownst to him, a dangerous assassin facing extradition is also on board. When the prisoner escapes, Walsh must use his expert hunting skills to capture a dangerous criminal – dead or alive – aboard the cargo ship.

Neels van Jaarsveld, a South African actor and local heartthrob, is searching for love in this brand-new reality series. Set in the coastal town of Hermanus, the show will have a similar concept to The Bachelor, with each episode consisting of Neels meeting and getting to know a beautiful woman. Along for the ride is Neels’ wingman Henré Pretorius.

New Zealand Maori siblings Darwin and Newts discover and experiment with science as they explore the natural world. Tag along on their adventures as they figure out how stuff works with the help of science and some Kiwi ingenuity.

In this limited series, Kate Winslet not only stars as the headstrong female lead but also takes the producer’s seat for the first time. While trying to keep her life from falling apart, traumatised small-town detective Mare Sheehan (Winslet) must solve a brutal murder. As she constantly pushes the boundaries, she also uncovers the dark past and secret tragedies in her close community.

In Their Own Words: Muhammad Ali (Documentary)

The first of a new biography film series, In Their Own Words: Muhammad Ali follows the world-famous boxer’s rise from the Columbia Gym in Louisville, Alabama to international fame. Illuminating Ali’s profound impact on both culture and history, the film is a close look at how a polarising figure transcended his athletic achievements to become a beloved and honoured hero.