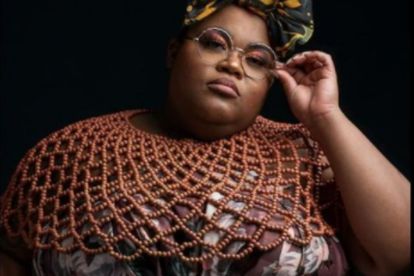 The actress had told Sunday World before scooping the award on Saturday (18 September) that she’d dedicate the award to her grandparents who raised her, if she won.

“I grew up with no parents and I only knew my grandmother and grandfather who raised me.”

“They did not trust that I can make a good career out of my bubbly character, but I always told them that I would make it.”

HER BACKGROUND IN ACTING AND BIG BREAK

Mpyana has always envisioned herself on radio, and television and the theatre stage and has been participating in drama competitions since primary school.

The actress has an art certificate and has been working with Mahuma Group for 18 years, which was founded by Paul Rapetsoa’s son Matome Rapetsoa.

Her fans also recognise her voice from Thobela FM’s soapie, Mahlakung where she’s been acting since 2016.

The actress told the publication, she didn’t know she’s auditioning for DiepCity as she was just told to do an online audition on Instagram back in 2019.

“It did not bother me much that I am not getting a response because I did not even know what was going on.”

“Little did I know that BlackBrain Pictures was going through my platform and discovered me.‘’

She said BlackBrain only called her towards the end of 2020, and told her that they have a suitable character for her.

The production company was so impressed with her online audition that she didn’t need to audition again.