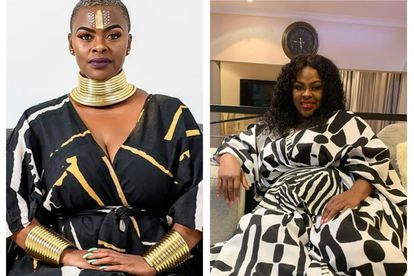 Former Uzalo actress Dawn Thandeka King has revealed that is pursuing a career in comedy because she has always been funny.

Dawn told Daily Sun that will showcase her comedy talent in December, she however says she does not want to call herself a comedian.

Despite all the videos that she has shared with her fans dabbling in comedy, Dawn Thandeka says she does not regards herself a comedian.

“Let’s just say I’m just funny…My friends and I used to make students laugh at school…But I didn’t want to pursue a career in comedy because I thought I was good at acting,” she told the publication.

The actress is part of the line-up for a Women in Comedy Show, which will be held in Durban on 3 December.

She does admit though that she wasn’t surprised when she got the gig because she is funny.

“As an artist, I believe that I must be able to do anything related to art…And comedy is part of art. I’ll leave the part of whether I should be called a comedian to the audience of the Women in Comedy Show,” she said.

The mother of five told the publication that she’ll use her past experience to make fans laugh.

“I’ll also empower women in a funny way…Women are known to have pull-down syndrome and I’ll address that…I hope more comedy gigs will come after this gig,” she said.

The actress that played the role of MaNgcobo in Uzalo has reportedly returned to the SABC1’s soapie.

According to Mzansi Watch, the legendary actress might begin making appearances in Uzalo in March 2023.