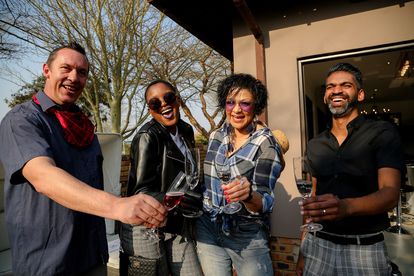 Serving up a smorgasbord of local content every Wednesday, BBC Lifestyle (DStv channel 174) will be bringing back 12 new episodes of Come Dine With Me South Africa, featuring 48 extrovert and eccentric contestants from Johannesburg and Cape Town.

Expect two rounds of juicy six-episode segments with the first six episodes airing from Wednesday 10 November at 20:00 followed by the final six episodes, which will return after Christmas, to bring some January cheer from Wednesday 26 January at 20:00.

The award-winning show featuring “the good, the bad and the hungry” will continue to be narrated by the hilarious voiceover legend Dave Lamb.

The format follows four amateur chefs as they each host a three-course dinner party for the other contestants at their own homes. Competitors then rate the host’s food and hosting skills at the end of each evening, with the highest-scoring chef winning R10 000 cash.

This season look forward to meeting new bold and brilliant personalities, such as self-proclaimed pug-aholic Judd, Russia obsessed Tamlyn and erotica writer Gina. Other “more eccentric personalities” includes a digital marketing guru, chatterbox Adele, MC and gin distributor Themba, law student Robyn and the witty and well-travelled Hugh who takes his guests around the world with his flavoursome creations.

Meanwhile, competitive radio sports presenter Nathan, mother to all Somila, confident and honest Lethabo and self-confessed social beast Grace compete in week five. With a Christmas feast topping of the week, the spirits are high but who will win the cash prize?

Come Dine With Me,which is distributed internationally by ITV Studios Global Entertainment has been produced in over 40 countries. Come Dine With Me South Africa was the first local commission from BBC Worldwide for its channels in the EMEA region, and debuted in South Africa in 2011.