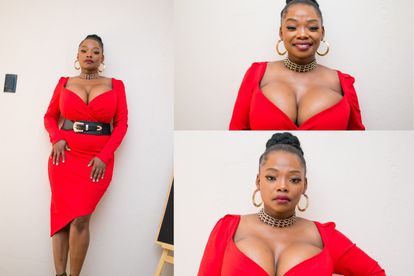 Fan-favourite character Nosipho shocked Uzalo viewers last night (8 June) when she stole Mondli’s sperm from the used condom and took it to the fertility clinic so that the doctor can insert his sperm into her womb to impregnate her.

This was uncharacteristic of her because she and Mondli were romantically involved before and are still friends.

‘NOSIPHO WILL GET JAILED’

Uzalo viewers took to social media last night to criticise Nosipho for taking Mondli’s sperm to the fertility clinic without his permission.

Viewers hoped that the pair would get back together when they had a one-night stand this week but changed their minds when she stole his sperm from the used condom, stored and asked the doctor to insert it in her womb to make her fall pregnant.

She also shocked viewers of the soapie when she asked Mondli if he wanted a baby before stealing his sperm.

It also appeared that she planned the whole ordeal from seducing him at her workplace to getting him into her bed and stealing his sperm.

She will get into trouble and possibly get jailed because Mondli is also a detective in KwaMashu.

‘UZALO’ VIEWERS REACT TO THE EPISODE

“I think Nosipho will fall pregnant with Mondlis’ child!”

“She kept Mondli’s sperm cells in the fridge after the deed.”

“She definitely can, but she can lie her way and tell Mondli the condom broke.”

“Well honestly such sperms won’t work cause they were supposed to be frozen immediately, Bioethics.”

“But since this is on a tv soapie and of course they have a particular agenda they’ll say Nosipho is pregnant.”

“Hebanna Nosipho … were you that salty …even made Mondli forget shoes.”

“I really can’t believe that Nosipho and Mondli had sex.”

“Seriously thought Nosipho and pastor had a thing.”