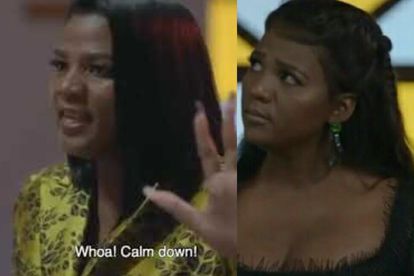 Viewers of e.tv’s cancelled telenovela Durban Gen are criticising the production company, Stained Glass TV for giving millionaire businesswoman Shauwn “MaMkhize” Mkhize a cameo role. Fans took to social media to also call out the reality TV star slash actress for accepting the offer when so many upcoming actors don’t have such opportunities.

The Royal AM owner Shauwn “MaMkhize” Mkhize made headlines on Tuesday, 16 August when Daily Sun revealed she started shooting for a cameo role in Durban Gen and will make an appearance in October this year.

“Businesswoman Shauwn Mkhize has ventured into acting as she has joined Durban Gen,” Zondi said.

According to the publication MaMkhize, who landed the cameo role also landed a role in Uzalo under the same production Stained Glass TV.

“She got a cameo role just like what happened on Uzalo. She started shooting last month.

“There were clashes with her schedule as she is a busy woman. And she had to postpone her shootings but she comes when her schedule allows her to do so. The plan is for her to appear in October. She won’t stay long as her role is a cameo,” said the source.

“IF it’s true, it’s unfair for those who went to drama school and still looking for job opportunities.”

“For what is she an actress now? Hay this woman really loves attention. She’s everywhere.”

“What about upcoming actresses we are tired of this same faces everything.”

“Truly this woman is too much, she behaves like a straat maaid, hhai bo grown-up woman. You are too old for this and it’s not your league bathong. Hayi kabi.”