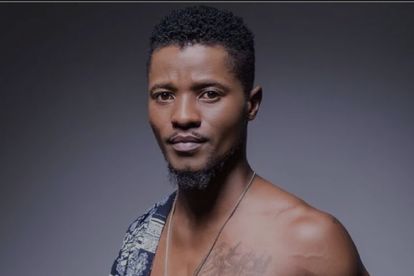 Actor Abdul Khoza has announced he is not leaving ‘The Wife’ after confusing viewers. Image via @adbul_khoza/Instagram

Actor Abdul Khoza has announced he is not leaving ‘The Wife’ after confusing viewers. Image via @adbul_khoza/Instagram

Thursdays are for Showmax’s much-loved and criticised drama series, The Wife. This week on 17 March, viewers were left shocked and upset when one of the Zulu brother, Nqoba (Abdul Khoza), got shot in episode 15 of the second season.

The 34-year-old actor, whose character is a belligerent loudmouth, made the announcement on Thursday morning that he would be leaving the show. However, he later deleted his post.

The post read as follows: “It’s been an amazing journey with you all on #TheWifeShowmax. Thank you to the entire cast and crew for embracing me to the fullest. I shall miss you all and wish you a greater journey ahead. You have inspired my career with this amazing show, ngiyabonga mina uNqobizitha Zulu lo, sengihembe [thank you. I, Nqobizitha Zulu, am out] !!.”

KHOZA REASSURES FANS HE IS STILL ON THE SHOW

While viewers were still reeling from the news that one of their favs is leaving next week, Abdul Khoza then posted another IG message reassuring them of his stay. The post was accompanied by a screenshot of a ZAlebs article reporting his exit, as well as pictures of him and Zikhona Sodlaka – his baby mama, Mandisa, on The Wife.

“I’m sure this is the MAJOLA’S who ran to media..BUT NOW THAT I HAVE YOUR ATTENTION!! Uthi uMa ka NDUMISO ninga bona amabele enyokha [Ndumiso’s mother says that would never].”

The star further thanked fans for supporting them in season two: “…  we are honoured to be part of this amazing journey with you. AS FOR ME DYING, HEEE HEEE!! UNGAFA [LOL YOU WOULD DIE].”

ALSO READ: ‘It’s a challenging character to play’: Abdul Khoza on his role in ‘The Wife’

Entertainment commentator Phil Mphela also took to his Twitter account to dispute the claims. He told fans that “Nqoba is still part of the Zulu brothers’ story journey on the telenovela.”