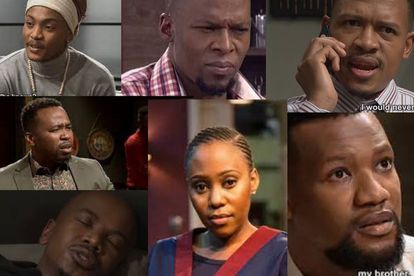 Is Sphe the Brooke Logan in ‘Generations: The Legacy’ or unlucky in love?. Images via Twitter @Gen_Legacy

Is Sphe the Brooke Logan in ‘Generations: The Legacy’ or unlucky in love?. Images via Twitter @Gen_Legacy

It seems Generations: The Legacy’s Dr Sphesihle (Sphe) Cele dates every new male character that’s introduced to viewers; from conceiving a baby with her brother-in-law Smanga – sleeping with her uncle Siyanda Khoza – dating her colleague Luyolo – and cheating on her husband Mazwi with his rival – Kumkani to recently dating serial killer – Winston.

ALSO READ:It’s a cheating season on ‘Generations: The Legacy’ and ‘Scandal!’

A TIMELINE OF THE MEN SPHE DATED

We first met Generations: The Legacy’s Sphe when the Morokas and Jack Mabaso (Vusi Kunene) arranged for Mazwi to marry her to strengthen the families business relationship. Sphe (Peal Monama) is a princess from a royal family and a doctor too.

Then the Morokas realised that Mazwi cannot conceive children and demanded Sphe sleep with her brother-in-law Smanga (Moopi Mothibedi) to continue the legacy.

Sphe and Mazwi (Musa Ngema) filed for divorce when they realised that they have nothing in common and that they were not inlove.

But Sphe also cheated on Mazwi before they got divorced and this also affected their relationship because Mazwi hated Kumkani (Vuyo Dabula).

Kumkani failed to convince her to leave Mazwi for him and she didn’t want to ruin her reputation with the families by dating a gangster even though she had deep feelings for him.

ALSO READ:‘Generations: The Legacy’ fans troll Mihlali Ndamase for her role in soapie

Sphe’s most scandalous relationship for viewers however was when she dated her uncle – Siyanda Khoza who is also Jack’s brother.

She and Siyanda had a connection after Jack passed away which led to them getting intimate.

But what Siyanda (Kay Sibiya) forgot to mention to his niece was that he’s married to Pamela.

She began to date Luyolo after she found out that her uncle was married and even befriended Siyanda’s wife – Pamela (Zola Nombana).

Luyolo is her junior at the hospital and lives in a commune … she broke up with him because she missed being with an older man who has more ambition.

Generations: The Legacy viewers were devasted when her latest boyfriend – Winston (Lehasa Moloi) turned out to be a serial killer.

The pair seemed to be a perfect match as he was older, had his own business, and has more life experience… Winston is everything Luyolo wasn’t.

But it now turns out he’s actually the worst boyfriend she’s ever dated as he’s kidnapped her and killed 15 other women in the past.

A LESSON FOR SPHE:

Get to know someone before you get into a serious relationship or even introduce them to your daughter. Her husband Mazwi is right to be furious with her for introducing their daughter to all these men

REACTIONS FROM ‘GENERATIONS: THE LEGACY’ VIEWERS