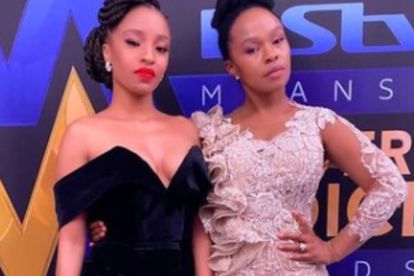 ‘THE RIVER’: MEET THE HLOPHES

Rising star Tina Dlathu will join her older sister – Sindi Dlathu in The River as Brenda Mhlongo and Bheki Mkhwane’s daughter- while newcomers – Unathi Mkhize and Vuyo Biyela will play her on-screen brothers.

The five new actors will join the award-winning telenovela as part of the new Hlophe family- a dangerous and wealthy family.

The publication reports that Mkhwane’s character is a wealthy heist and that Mhlongo’s character is his younger second wife who is a terrible stepmother to his kids from his first marriage.

Viewers should know that she also cleans money and is Lindiwe Dikana’s rival.

The children do not have a great relationship with their father even though he wants them to succeed in his shady business.

ALSO READ:‘I don’t have an issue with the gay role’: ‘The River’s’ Lunga Mofokeng

The new mafia family is the first wealthy family to join the show and is set to shake things up this season.

Bheki Mkhwane’s character Bukhosi is a traditional patriarch who is as quick with his brain as he is with his gun according to channel24.

Bukhosi who is dubbed a heist king is bold, outspoken, and charming and is made of steel. Fans of the popular actor will recall his villainous role in Isibaya where he played Samson Ndlovu.

He wants his sons Nkanyiso and Mlilo to take over the family business when he retires.

His wife Nomafu – played by Brenda Mhlongo is a tough woman who grew up in poverty like Sindi Dlathu’s character Lindiwe Dlamini-Dikana.

Mhlongo made headlines recently when she exited e.tv’s telenovela Imbewu: The Seed where she plays a sangoma – KaMadonsela.

Khwezi is an intelligent, beautiful, and naïve daughter who joins the family after they buy into Lindiwe’s mine – Khanyisa Diamonds.

ALSO READ:‘Isibaya’, ‘Rhythm City’… soapies and telenovelas that got canned in 2021