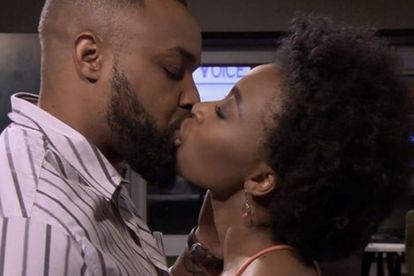 ‘Scandal!’s Hlengiwe has revealed to Dintle that she has fallen in love with Dr Nyasha and doesn’t love Amo anymore.

Fans are also rooting for Amo and Dintle to get back together now that she found out about Hlengiwe’s affair.

ALSO READ:It’s a cheating season on ‘Generations: The Legacy’ and ‘Scandal!’

Fans of e.tv’s most-watched soapie- Scandal! are applauding Hlengiwe for cheating on Amo with Dr Nyasha because he cheated on her with Dintle.

Hlengiwe (Nqobile Khumalo) will break up with her boyfriend because she doesn’t want to hide her feelings for Dr Nyasha anymore.

She seems happier and more at home with Dr Nyasha (Jerome Galiao) than she does with her boyfriend.

her boyfriend doesn’t understand her personality and is not as intelligent as she is.

Amo (Kagiso Rathebe) and Dintle have a lot more in common… they’re both bubbly and love drama.

Fans are expecting more drama in the Scandal office now that Dintle found out that Hlengiwe is cheating on Amo.

Dintle (Mapaseka Koetle-Nyokong) has never stopped loving Amo and will be thrilled when she finally dumps him.

‘SCANDAL!’ FANS REACT TO HER ENTANGLEMENT

“This is so embarrassing to watch to think that she broke up with Quinton because of self-respect now she’s here? Unbelievable.”

“#TeamNyasha, Amo can rekindle the flame with Dintle.”

“Yes, they make a good match Amo and Dintle.”

“Two wrongs don’t make one right, I held her in high esteem, she had so much self-respect. Now, this?”

“It’s done, she trying but she is so bored they are not aligned.”

“I want to say #TeamAmo but eish Hlengi looks good with Nyasha.”

“He has in common with her so #TeamNyasha for me.”

“Whatever they had with Amo went cold but she should tell him because this is not who she is.”