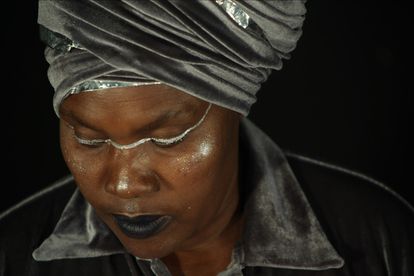 A still from the film One Take Grace. Image: Supplied

A still from the film One Take Grace. Image: Supplied

Born of a conversation between two women on a film set, One Take Grace reflects on a life and a country. It will be available to watch for a limited time on the National Arts Festival website from 29 October to 4 November 2021.

About One Take Grace

One Take Grace is a creative documentary by Motherbox Films about the life of Mothiba Grace Bapela, directed by the 38-year-old, Johannesburg-based artist, Lindiwe Matshikiza.

The two women met as actors on a local film set in 2010. Chatting in between takes, Lindiwe was struck by Mme Bapela’s reflections on her life as a full-time domestic worker and part-time actor. Through a deeply intimate creative process lasting over ten years, a portrait of both a woman and a country began to emerge.

In 2021, the work was selected for inclusion in the National Arts Festival programme however, due to renewed Covid restrictions, it was not able to be part of the festival and will now be screened online.

The film’s creators have asked that instead of paying for a ticket, a donation be made in order to watch the film. Proceeds will go towards raising funds for Legae Lelebotse Lakgothatso ya Cancer in Limpopo, a centre of support and healing for cancer victims started by Mothiba Grace Bapela, after her own brush with cervical cancer.

Audiences can donate and receive a coupon to watch on the NAF site.

Making of the film

In recent years, One Take Grace was made possible by an ANT Mobility Grant from Pro Helvetia Johannesburg financed by the Swiss Agency for Development and Cooperation (SDC), Goethe-Institut South Africa as part of the Goethe-Institut Project Space (GPS), and the National Arts Council of South Africa with funds from the Presidential Economic Stimulus Programme. The presentation of an early version of One Take Grace in Ga Mothapo was made possible with the partnership of Sunshine Cinema.