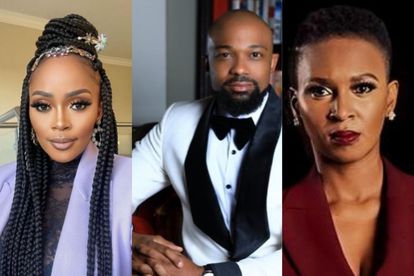 Viewers noticed his name on the credits on the telenovela as a leading actor and Mzansi Magic confirmed he’s joined the show on Twitter this week.

A NEW PRINCIPAL OR THE LATEST VILLAIN IN GOMORA?

Popular actor Fezile Makhanya – who is popular for his roles in Muvhango, The River, and Isono has joined DSTV’s most-watched show – Gomora.

Xaluva made headlines this weekend after it was alleged that he didn’t get along with show producers.

Viewers of the telenovela are now wondering if Makhanya will play the new principal at Gomora High School or he’ll play another villain.

#TeamGladys is hoping that the actor will replace Melusi and give her a happily-ever-after, #TeamThati predicts that the typecast actor will fit the role of a villain.

Gomora is known for casting new villains every season who date Katlego Danke’s character (Thati) and get killed at the end of the season.

The fan-favourite actor is also known for playing villainous roles in Isono, The Queen, The River, and many more.

Fans of the award-winning telenovela were devastated when his character got killed in The River as they wanted Lindiwe and Mnqobi to last.

Makhanya also broke the viewers’ hearts in Muvhango when his character exited the soapie as they wanted his relationship with his baby mama – Gugu to last longer too.

The seasoned thespian also played a serial killer and rapist in The Queen season four.