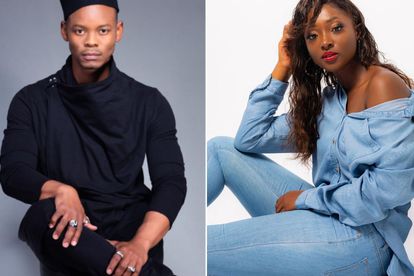 Thoka also stars in SABC1’s educational soapie Skeem Saam as DJ Thomas on Berry FM and has made appearances in Rhythm City, Th Herd, and many more.

Bloemfontein actress and beauty queen Jessica Sithole – who played the role of Nyakallo in The River has joined the award-winning telenovela as Nolo Makinta – a failed slay queen who’s been traumatised by men.

Mzansimagic.com revealed that Sithole will work closely with Katlego Danke’s character as both characters have been wounded by men.

The site has also revealed that The River, The Queen and Muvhango actor Fezile Makhanya will play the role of Principal Nkosinathi Cele at Gomora Highschool.

The new principal is an authoritarian and a charming man who can talk his way out of anything.

He’ll also clash with parents at the school and is trapped in an unhappy marriage. He will fall for a new woman in Gomora who just became single.

“It was fun when MamSonto was still gangster and Thati was just a slay queen, ah now they switched roles and it’s annoying to see them fooling us like the shisanyama.”

“Writing so poor it’s like someone who never set foot in the hood before.”

“This show has so many cringe moments, like some of their actors are just dull man. This show is boring.”

“I love shows that have a beginning and an end. Gomora should have been one of those shows. Now it’s all a mess.”

ALSO READ:‘This is why Melusi left’: ‘Gomora’ fans are unimpressed with season 3

ALSO READ:‘Andile Faku is such a dodgy teacher’: Moshe Ndiki on his role in ‘Gomora’