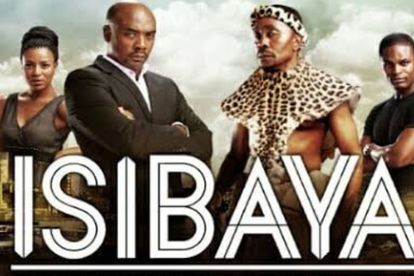 The news of DiepCity coming to an end didn’t come as a shock to some fans as viewers of the Black Brain Pictures’ telenovela believed that the 20:30 timeslot was simply too big to fill while others called for the return of Isibaya.

Soapie viewers took to social media this afternoon to call for isibaya’s return after entertainment commentator Phil Mphela confirmed that DiepCity is ending after two seasons.

The Black Brain Pictures’ telenovela will reportedly end in March 2023 after replacing Isibaya.

Nomsa Pholiso, M-Net’s channel director for local entertainment channels, confirmed in a Daily Sun interview in 2020 that the show is ending and expressed her appreciation for the much-loved telenovela, which ended after seven seasons.

“It’s always sad when a show that was popular and loved ends, as is the case with Isibaya. However, times change, and television is about adopting and adapting.”

The telenovela didn’t have a great year in 2020. With bad ratings, speculation about taking the show off-air had already begun. We are yet to know when the last episode will air.

Actor Mandla N, who’s also the creative director for Black Brain Pictures told Daily Sun on Thursday, 18 August that the Mzansi Magic telenovela DiepCity has been a hit on South African television and introduced audiences to unique characters who have resonated strongly with fans.

“DiepCity fans have played a big role in the success of the show over the past two years, and we are thankful for their support.”

DiepCity is the third DStv telenovela to get cancelled this year after The Queen and Lingashoni.

“That 20h30 slot belongs to Isibaya, they will still struggle to replace that”

“Not gonna lie, never gave them a chance. I was so hurt that Isibaya came to an end.”

“DiepCity is better than Gomora but Isibaya was the epitome of them all. Still want it also.”

Orlando Pirates vs TS Galaxy: How to LIVE STREAM!

List of beaches under eThekwini Municipality that are now open

Manqoba Mngqithi on WHEN to expect Bongani Zungu in action