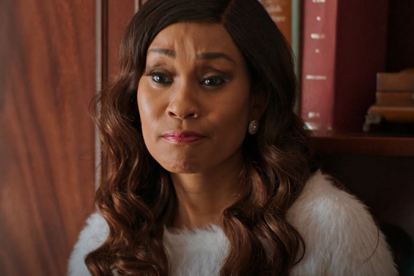 ‘Legacy’ fans better enjoy every moment of season two as word has it there will be no season three. Image: @Legacy_mnet/Twitter

‘Legacy’ fans better enjoy every moment of season two as word has it there will be no season three. Image: @Legacy_mnet/Twitter

Word on the street has it that M-Net’s award-winning telenovela, Legacy, will not be renewed for a third season and fans have been hit right in the feels by the unexpected news.

Legacy won multiple awards at the 2021 Golden Horn Awards, making this sudden canning all the more puzzling. Having only run for two years, one can argue that the show has not even been given a fighting chance…

‘THE LEGACY’ TEA GETS SPILLED

Entertainment tea spiller Phil Mphela got some inside information, claiming Legacy has been “cancelled”. What a bombshell to drop on viewers just like that, neh?

Taking to his social media account, Mphela explained that Legacy had been canned by M-Net and will not be renewed for a third season. He however did not provide any reason for the shock news though.

The second season is currently showing and runs until September 2022, which will be it for avid Legacy watchers. Sorry fam, enjoy it while it lasts.

“M-Net will be pulling the plug on telenovela at the end of its second season.

“Tshedza produced show will conclude the shooting of the second season in February 2022.

“Viewers will see the show on their screens until September 2022.”

‘LEGACY’ IN A NUTSHELL

Legacy graced Mzansi viewers’ screens from back in September 2020, making the show a mere two years old. It quickly became a SA soapie staple, although it doesn’t look that way now, does it?

The saucy show is set in the fast-lane world of investment billionaires. Diving into the lives of these wealthy peeps, the show has provided some edge-of-the-seat drama. The ambitious Price family will do everything to protect their legacy, and that is where the show gets its name from.

Some feel the show was getting a little boring or “dragging on” to be precise, but many asking what brought this on as, in their opinion, Legacy was still on fire!

There are a lot of mixed feelings and we are sure fans are going to be demanding answers from the producers.