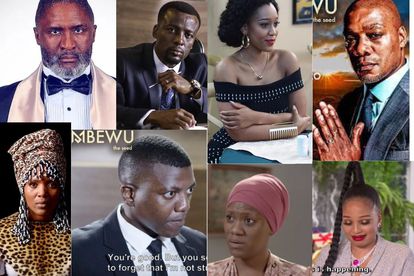 A group of organisations in KwaZulu-Natal titled the eThekwini District United Organisations has threatened to block the filming of e.tv’s telenovela Imbewu: The Seed for making drastic cost-cutting measures that have led to the departures of more than 80 cast and crew members in the space of one year.

The departures of the 80 cast and crew members have also led the eThekwini District United Organisations to complain about Imbewu: The Seed’s improper use of isiZulu, using instead what it termed “Gauteng lingua”. The group which is threatening to block the filming of the popular show attended two meetings with the creative writing team, directors, and production house Grapevine Productions to hand them a memorandum of demands, according to a City Press article.

The publication revealed that the group has complained that the departures of the actors have affected the storyline.

“We are more concerned about the daily dismissal of artists. Truly, this has affected the storyline [content] of Imbewu: The Seed completely.”

“We seek the simultaneous intervention of the creators as well as the executive team of Imbewu: The Seed to revisit and iron the storyline because if it’s still about Umbumbulu location and Umlazi township, surely the content is lost now.

“We also demand that the Imbewu: The Seed creator and executive team conduct extensive investigation instantly regarding this burning matter against those who promote unfairness and injustices in the working environment. That will assist in terms of eliminating artist exploitation.”

ALSO READ:‘We want her back’: ‘Imbewu: The Seed’ fans react to KaMadonsela’s death

ACTORS THAT LEFT THE TELENOVELA

More than 80 actors and crew shockingly left the show for rival shows because of disagreements and pay disputes with management.

Other actors that exited the show include Phindile Gwala-Ngadu who played the character of Fikile Bhengu, Muzi Mthabela who joined Generations: The Legacy, Buhle Samuels who played the first Zandile and Brenda Mhlongo who joined The River.

“We coax Imbewu to stop using other locations in reference to Umbumbulu since this creates a huge confusion to Umlazi and Umbumbulu residents, as well as the people of KwaZulu-Natal.”

One of the group’s leaders, Clarkson Mbatha told City Press they believed that problems began in 2021 when the show employed a new production manager from Johannesburg to cut costs.

“Our aim of going there was to meet with the production manager because it seems as if all these issues revolve around her. They brought her in to come and cut costs. She does this by removing actors from KwaZulu-Natal and replacing them with actors from Johannesburg.”

“Our other concern is that we feel like she was deployed to kill our Zulu language on the show because, when she arrived, she also removed key office bearers and crew from KwaZulu-Natal and replaced them with Johannesburg-based people.”

It is believed Grapevine Productions has beefed up security on set following meetings with the group.