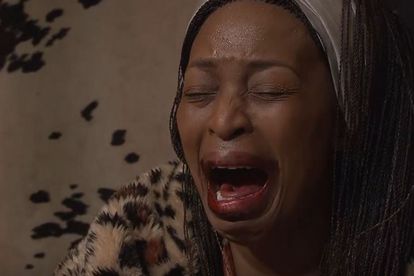 Popular actress Khabonina Qubeka, who played the character of a Nigerian diplomat and witch called Oby Phakade in Generations: The Legacy will return in December.

Also read:‘Generations: The Legacy’: Will Tshidi rescue Kumkani from Oby?

The Generations: The Legacy TVSA December teasers have confirmed that Oby Phakade will send shockwaves on the show when she returns to the soapie.

“Oby is enraged when her plan is thwarted.”

“Oby reveals the truth and it’s even more horrific than expected.”

The former Isidingo actress Khabonina Qubeka played the character in the soapie from June to August 2021.

She left the show after Ayanda, Tshidi, and Lucy neutralised her which caused her to lose her powers and was recently announced dead.

She gained control over others by eating human livers and lost control of her husband Kumkani (Vuyo Dabula) and Ayanda who were under her spell.

The teasers don’t indicate where Oby was when she disappeared or whether her on-screen lover Philani will stay on the show with her.

Fan-favourite actor Vuyo Dabula who played the role of Kumkani Gadaffi Phakade for several seasons resigned from the soapie in December 2021.

Also read:‘Generations: The Legacy’ September Spoilers: What happened to Oby?

“I’ve stopped Generations. I hate witchcraft… what are you promoting.. what’s the lesson behind this?”

“Ja, I thought the Oby storyline will bring back more viewers but now with these witchcraft things and the organ-eating stuff, it’s just madness.”

“I hate when she eats human parts #liver … the legacy must change 0by’s storyline is so satanic and bad influence .. it’s so abysmal.”

“Mr Mvundla you’re getting old now, what are you trying to do with this witchcraft article? Bopha madala there is no lesson with this buloyi.”