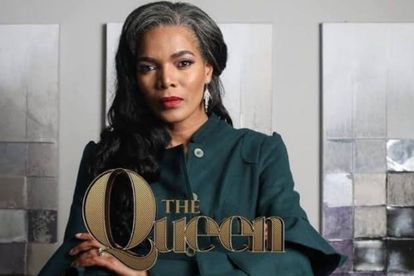 The Queen’s production company – Ferguson Films has put rubbished reports that the telenovela is being cancelled at the end of this year (2022).

This comes after entertainment commentator Phil Mphela – revealed that the show will not be renewed for another season.

FERGUSON FILMS: ‘WE ARE NOT GOING ANYWHERE’

Ferguson Films has reacted to the news that The Queen is being cancelled after six seasons and nearly seven years on television.

The company also rubbished rumours that two of their actors – Brenda Ngxoli and Vuyo Ngukana are exiting the telenovela.

“False News Alert! None of the actors are leaving #TheQueenMzansi.”

“No one has been fired. We have a good relationship with both and the rest of our actors. Thank you!. #TheShoGoesOn”

“@Vuyani MacDonald Fani Be black and in Business and you will see who are your haters. Your own people.”

“I must admit I did get sad yesterday when I read the tweets about the show closing. I am glad it isn’t.”

“Thank you so much for addressing this issue, what a relief.”

“Thanks for the clarification! So much relief.”

“The rumours got me anxious as a fan (Zambian). Another allegation suggested the show would be cancelled….any truth in that?”

“@Harriet Mwiinga Not that we know of, nor notified from Mzansi Magic about.”

“I knew it. Why lesa sue (why don’t you sue) those journalists?”

@Phikolomzi Msomi some things are not worth the time & energy!”

“True.Just give them to Father God, He will deal with them.”

“That’s why I love the Fergusons, you guys are calm and collected.”

“You don’t do things out of anger but show the devil the door.”