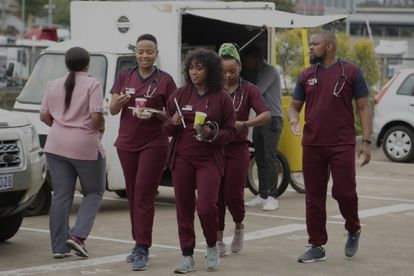 Free-to-air channel e.tv has cancelled its medical drama series Durban Gen. The telenovela, which debuted two years ago, will reportedly air for the last time in January 2023.

‘DURBAN GEN’ WILL NOT BE RENEWED

Entertainment commentator, Phil Mphela, made the announcement of the telenovela’s cancellation on Friday. Taking to his social media, he revealed that Durban Gen will air until January 2023.

Produced by Stained Glass production, Durban Gen is considered Mzansi’s version of Grey’s Anatomy with a dose of medicine, romance and drama from the doctors and patients at the Durban General Hospital in Newlands East.

WHERE DID IT ALL GO WRONG?

The medical drama series was welcomed by soapie lovers across Mzansi when it was introduced in 2020. This was evident in its numbers after it made its peak in November with a viewership of 2 million viewers – this was two months into the show’s debut.

However, things became very rocky very quickly as the show had reportedly lost 300 000 viewers by January 2021.

With the telenovela on life support less than six months into its first season, its top actors started leaving – making it that much harder to resuscitate it.

Before that, viewers also had to say goodbye to, Dr Ndabezinhle Luthili played by Lerato Nxumalo. And in June of the same year Monica Thuli Zulu’s character, MaCele, was killed.

Apart from the long list of actors who have exited the show, viewers have previously complained about the storyline and lack of medical research. Many viewers have happily welcomed the news of the show’s cancellation, saying it was long overdue.