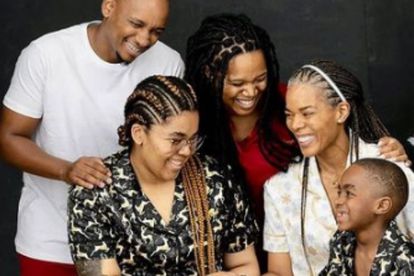 Popular actress Connie Ferguson – who is known for her portrayal of Harriet in The Queen recently discussed the telenovela’s cancellation and her first Easter holidays without her late husband Shona Ferguson.

Co-creator of The Queen and actor – Shona Ferguson passed away in July 2021 from COVID-19-related complications.

ALSO READ:‘Is this a goodbye?’: ‘The Queen’ fans react to SK Khoza’s appearance

CONNIE FERGUSON: ‘WE WILL DO THE SAME FOR EASTER’

Actress and Shona Ferguson’s wife – Connie Ferguson recently shared her thoughts regarding The Queen’s cancellation, their family’s first Easter without Mr Sho, and how she keeps going.

She tells Drum that she wants to keep her husband’s memory alive by continuing with the family’s traditions.

“As we get together for big holidays like Christmas, we will do the same for Easter.”

“This is our first Easter without Sho. Everything is the first without hubby right now,” she says.

“What we are trying to do is maintain continuity and do what we used to do when he was around. We don’t want to stop the family traditions.”

The star also tells the outlet that she wishes her husband was around to see her getting her first DStv Viewers’ Choice Award after being in the industry for more than 30 years.

“This is my first Viewers Choice award nomination. I have been in the industry for more than 30 years.”

“I think this one is special or probably my favourite nomination because viewers get the power to decide who wins.”

“After 30 odd years of doing what I love, the nomination couldn’t have time at a good time to cheer me up.”

She is nominated for a Favourite Personality at the DStv Mzansi Viewers’ Choice Awards (DMVCAs) alongside Makhadzi, Lasizwe, Shauwn Mkhize, and DBN Gogo.

‘THE QUEEN’ IS CANCELLED

The Queen has been running for six years and this is the last season before the telenovela ends in January 2023.

The actress tells Drum that the show is in season six now and that they’ve been extended with 125 episodes which will be the final on 13 January 2023.

“I was sad when I heard the news, for many reasons. My family and I have been working together for so many years.”

“We have over 100 employees who will need to start looking for work once The Queen is done. They really bonded. It comes with a lot of responsibility.”

Mrs Ferguson adds that everyone was shocked when they found out and they were looking at her for answers.

“The level of responsivity which lies on my shoulders is heavy, but I carry it with grace and hope that something will come through to keep everybody working.”

“We’re a big team, my big heart doesn’t want to let go but God will come through with something. But I trust God.”

Her character – Harriet Khoza recently married Hector Sebata (Rapulana Seiphemo) who was also her onscreen husband in Generations as Tau Mogale over a decade ago.

“I was nervous. Even just preparing for it felt surreal because Sho and I had started planning our real 20th wedding year anniversary, which was supposed to be in 2021,” she says.