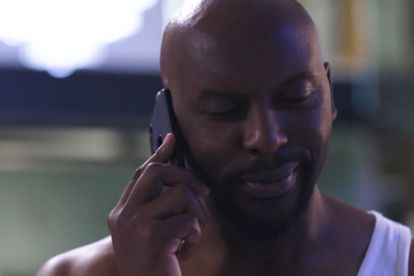 Buyile Mdladla’s real life was as dark as his ‘Gomora’ role Phumlani. Image via Twitter @MzansiMagic

Buyile Mdladla’s real life was as dark as his ‘Gomora’ role Phumlani. Image via Twitter @MzansiMagic

Gomora star Buyile Mdladla – who plays the villainous character of Phumlani – a woman beater and murderer used to live the life he portrays on TV before he turned his life around and became a pastor.

An article in Drum Magazine reveals that Dladla’s divorce became public when his ex-wife – Carol Dladla shared that he used to beat her and cheat on her just like his character in Gomora.

BUYILE MDLADLA TURNS HIS BACK ON THE DARK SIDE

Buyile Mdladla’s former wife – Carol Mdladla filed for divorce in 2010 and shared the breakdown of her marriage and the dark side of the Gomora star – who plays the character of Phumlani.

She told the publication at the time:

“Nobody wants a divorce but my marriage to Buyile was doomed to end eventually,”

“When he moved out a month ago he hit me and I called the police.”

“I pressed charges at the Orlando Police Station but I later withdrew them because I was scared.”

The former Mrs Mdladla also stated that the abuse started shortly after she gave birth to their first child, Bathiyane.

“Bathiyane was three days old at the time. Buyile asked me to take a bath with him and I refused.”

“I told him I’d just given birth and wasn’t used to my body.”

“He got angry and took a belt and started hitting me with the buckle.”

“I was on the floor as he was hitting me and I remember thinking, oh my God, my child is on the bed.”

Savanna News has now shared that the former Generations star has turned a new leaf in his life and given his life to Christ.

Ever since repenting, he never looked back and is an ordained Pastor and founder of Redemption Ministries International Church with his new his wife – Pastor Gomoditswe Mdladla who he posts on his social media.

Mdladla’s character Phumlani has become one of the most hated roles in soapville as he’s ordered hits on people, murdered several community members in Gomora, and tormented school girls.

Viewers are about to get a shock of their lives when Phumlani starts abusing his new wife – Thati – played by talented actress Katlego Danke.

The TVSA April teasers states that he will start abusing his wife Thati on Friday 1 April.

“Phumlani strangles Thathi while Gugu is in her bedroom.”

Thati will also run away from home after he abuses her and threaten to kill him when she returns.

The teasers also hint that she will kill him towards the end of April and clean up the murder.

Phumlani will also cheat on Thati with Mazet – played by Siphesihle Ndaba.