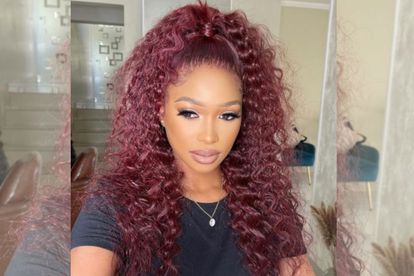 Generations: The Legacy actress Zola Nombona, who’s been playing the role of Pamela Khoza for a year has reportedly left the popular soapie.

The seasoned actress Zola Nombona joined Generations: The Legacy as Siyanda Khoza’s (Kay Sibiya) wife Pamela Khoza to play the role of an investigative journalist in May 2021.

Nombona exits the show after the departures of fan-favourite actress Letoya Makhene who played the character of Tshidi Moroka and multi-talented actor Vuyo Dabula, who played Kumkani ‘Gadaffi’ Phakade.

The actress Zola Nombona also reflected on her journey in Generations: The Legacy in October 2021 on her Instagram account.

“Generations: The Legacy What a journey. I’ve been with the ’Generations’ family for more than 6 months now and what a lovely journey it has been.

“I’ve had multiple opportunities to join the team but it never happened because I guess the timing wasn’t right,” she wrote.

“I thought I was not a long form actor because I get bored easily but quickly realised that I actually didn’t have the stamina for it (yep acting stamina is a real thing). I normally got the opportunity to test my acting stamina in theatre productions but that hasn’t happened in a while so beku rough.”

“I’m so grateful for the opportunity that I have been granted to be on this show.”

REACTIONS FROM ‘GENERATIONS: THE LEGACY’ VIEWERS

“Good move! She didn’t have a storyline anyway.”

“Yay she prolly got something better. She is a brilliant actor. I want to see her in more films. She has a lot to give.”

“Good for her. Generations is not good for well-established actors. They can easily kill your acting skills.”

“I suspect Mandla N offered her something better for the upcoming series.”