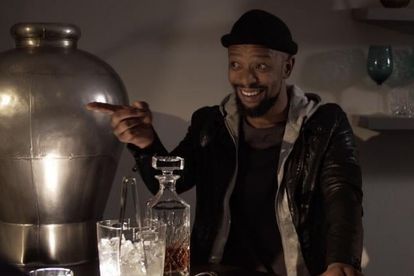 Viewers of Mzansi Magic’s second-most-watched telenovela, The Queen, are about to re-live their 2020 nightmare of watching the show without their fan-favourite character, Shaka Khoza played by SK Khoza.

The controversial actor was fired by MultiChoice this time around for allegedly assaulting his former fiancée, Mandy Hlongwane.

WHY THE SHOW IS IN TROUBLE

Ferguson Films which is known for firing actors in the past knows that SK has a huge fan base on the show.

They fired him in the past for having diva tendencies, received a huge back from fans and brought him back to the show.

This means that the chances of SK returning to the show for the third time are slim because GBV is a serious issue in the country.

His co-star’s (Cindy Mahlangu) second exit from the telenovela couldn’t have come at the worst time.

Audiences adored Shaka because of his incredible connection he has with his uncle, Brutus played by Themba Ndaba.

Viewers have compared them to Timon and Pumba, Popeye and Spinach, and Tom and Jerry as they are entertaining and have made the show what it is today.

Mahlangu and SK’s exits will mean that actresses, Lorraine Meropa who plays Olerato, and Brenda Ngxoli, who plays the role of Norma, will get more screen time.

This isn’t great news for viewers as they dislike both characters and have complained about their tedious storylines in the past.

SK’s exit might ultimately affect the shows ratings unless the telenovela brings in a great actor to replace him.