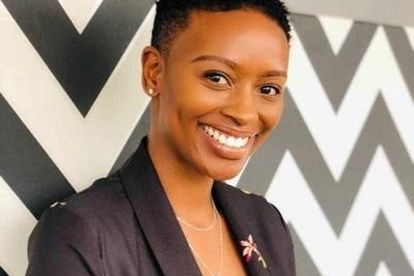 ‘Imbewu: The Seed’s’ Nokuzola (played by Vuyiseka Cawe) will find out that she’s pregnant. Image via Twitter @ VuyisekaCaw

‘Imbewu: The Seed’s’ Nokuzola (played by Vuyiseka Cawe) will find out that she’s pregnant. Image via Twitter @ VuyisekaCaw

Nokuzola (played by Vuyiseka Cawe) will find out that she’s pregnant. But this time, she will not keep her husband Zithulele (Raphael Griffiths) in the dark about her pregnancy and will not abort his baby. She will however convince him to keep the news secret from the rest of the Bhengus, who will — ironically — give her an ultimatum this month to fall pregnant or leave.

Who is the real father of Nokuzola’s baby?

Expect to see her reminiscing about her time with Nkululeko and feeing extremely guilty for betraying her husband.

Needless to say, her marriage will be over if she is in fact carrying Nkululeko’s baby because she aborted her husband’s baby previously. Nkululeko’s relationship will also be on the rocks if Nokuzola is pregnant with his child. Fikile (Phindile Gwala) is not a woman who will forgive easily.

Fikile will also want to fall pregnant with Nkululeko’s baby this month when his baby mama, Zethu (Nonsindiso Gcaba), threatens their relationship. Fikile will give Nkululeko an ultimatum: Make her pregnant or press charges against his baby mama.

Should Nkululeko get full custody of his daughter, Fikile won’t push him to have a baby anymore. The only reason she wants to fall pregnant, is to make Zethu’s life unbearable by being Nkululeko’s second baby mama.

Thokozile played by Nqobile Sipamla is planning to kidnap her grandchild, baby Mepho, this month when things don’t go according to plan for her with Zethu.

Ka-Madonsela (Brenda Mhlongo) will finally be released from prison, but won’t be accepted into the church she holds dear to her heart due to her past.

Nkululeko will also feel the urge to confess to planning his mother’s escape and faking her death which led to Ka-Madonsela landing in jail.

He stands the chance of losing his shares in the company, his status in the family and end up with three baby mamas: Nokuzola, Fikile and Zethu!