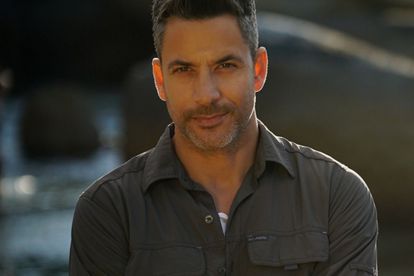 TV host and actor Nico Panagio who is popularly known for his role as George Kyriakis in 7de Laan has returned to daily television.

Panagio who played George Kyriakis in the Afrikaans soapie from 2002 to 2007 made his debut in M-Net’s telenovela, Legacy last night (6 October).

The 48-year-old Survivor South Africa presenter told News24 that he will play the role of Detective Marco Andino who is a complex individual.

HIS RETURN TO DAILY TV

Pangino said his character has been wounded by life and what he has seen, and hides most of his scars under his smooth, and controlled exterior.

“Fiercely loyal to those he loves and trusts, he’s the guy you want by your side when you need a friend.”

“But betray him, and you discover how cold he can be; never vindictive, just icy; once bitten, you never get the chance to bite him again.”

The actor said he’s been doing scripted series’ and films in between Survivor and other endeavours since his last soapie.

He joined the M-Net telenovela as he was fascinated by season one of the telenovela and enjoyed the writing and creative style of the show.

Pangino says the production company contacted him and asked if he would be interested in doing a storyline on season two of the show.

He also told the publication that he loves acting as he enjoys embodying a new persona with different challenges and driving forces.