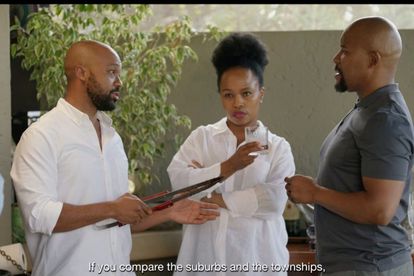 Fans of The River can’t wait for Lindiwe to cheat on Zweli with Mnqobi (her new partner at the mine.)

This is because Zweli has cheated on Lindiwe with multiple women while Lindiwe was faithful.

Lindiwe deserves better than Zweli because she’s been faithful to him since they’ve been married.

Mnqobi is Lindiwe’s match because they have more in common interests.

“His overconfidence and arrogance is what’s putting him ahead.”

“Mnqhobi is full of himself.”

“Apparently the husband’s “finds me intimidating.”

“Mnqobi and Lindiwe look like they’re about to walk the red carpet.”

“I hope these things won’t make her compare Zweli and him kurough.”

ALSO READ:Actor Fezile Makhanya has joined the cast of ‘The River’ as Mnqobi Luthuli