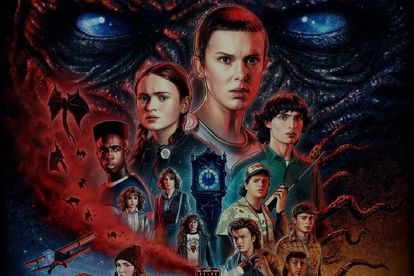 Netflix has added a warning on the season premiere of ‘Stranger Things’ season four after the Texas shooting. Image via @strangerthingstv/Instagram

Netflix has added a warning on the season premiere of ‘Stranger Things’ season four after the Texas shooting. Image via @strangerthingstv/Instagram

Netflix has added a last-minute content warning to the opening episode of the latest season of Stranger Things, in wake of the school shooting in Texas that left 19 children and 2 teachers dead.

The new season, which premiered on Friday 27 May, has “graphic violence involving children”.

Stranger Things is back and is showing in several countries including South Africa, but viewers in the United States will now see a warning before they dive back into the world of Hawkins, the Upside Down, California and Russia.

The warning before the previous season recap reads: “We filmed this season of Stranger Things a year ago. But given the recent tragic shooting at a school in Texas, viewers may find the opening scene of episode 1 distressing. We are deeply saddened by this unspeakable violence, and our hearts go out to every family mourning a loved one.”

According to The Hollywood Reporter, Netflix also edited the description for the premiere to include: “Warning: Contains graphic violence involving children.”

This desicion comes after a tragic mass shooting that took place on Tuesday 24 May at a primary school in Texas where an 18-year-old gunman shot and killed 21 people.

“We decided to add the card given the proximity of the premiere to this tragedy — and because the opening scene is very graphic,” a Netflix spokesperson explained.

ABOUT THE FOURTH SEASON

The fourth season of Stranger Things will expand the on-screen action to California and Russia, in addition to Hawkins. The group deals with the aftermath of Hopper sacrificing his life to close the gate to the Upside Down and the show inches closer to its recently announced fifth and final season, Netflix explains.

Speaking about what sets the new season apart from the previous ones, Matt Duffer compared it to Game of Thrones due to the many locations.

“We call this our Game of Thrones season because we have so many different locations. The fact that we’re as spread out as we are this year defines the season more than anything.

“I think that’s what makes it a very unique and special season of Stranger Things. We have Hawkins, of course, as always, but then on top of that we have California and Russia. We have storylines in those three major locations, and each has a very distinct feel and look. And all these storylines, disparate as they are, do end up, eventually and inevitably, coming together. It’s a very unique season.”