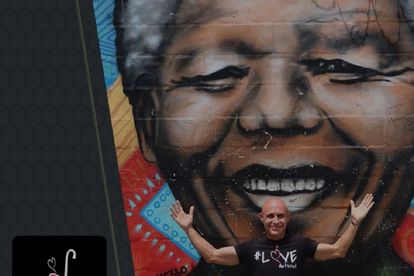 With Mandela Day approaching this month, Ladles of Love is calling on South Africans to volunteer or contribute to an important campaign. Image via @ladlesoflove/Instagram

With Mandela Day approaching this month, Ladles of Love is calling on South Africans to volunteer or contribute to an important campaign. Image via @ladlesoflove/Instagram

Ladles of Love will attempt to break the Guinness World Record for the world’s largest mosaic created entirely out of food cans this Mandela Day. Every food can collected for the mosaic will be donated to communities in need.

The initiative will take place simultaneously in two cities on 17 and 18 July, with a gigantic Madiba face being created in Cape Town at the CTICC and a massive South African flag being created in Johannesburg’s Nelson Mandela Square.

HOW TO JOIN THE MANDELA DAY INITIATIVE

Ladles of Love is calling on South Africans to volunteer or contribute. The event will provide multiple opportunities for people to volunteer their 67 minutes for Mandela Day.

To be a part of this world record attempt and contribute to food security for those in need, you can donate 67 minutes of your time at one of the venues for a fee of R150 which will go towards bulk buying of nutritious food.

ALSO READ: Chefs With Compassion calls on Mzansi to join the #67000litres movement

This is not Ladles of Love’s first attempt at a world record. The world record for the ‘longest line of food cans’ was smashed by more than double at the V&A Waterfront on 29 August 2021 with a 6.7km line of 94,560 food cans.

The previous year the world record for the ‘most amount of sandwiches made in one hour’ was broken with 304,000 homemade sandwiches as compared to the previous record of 115,000.

Every year all food raised is distributed to over 200 soup kitchens which collectively feed 30,000 people a day.

To find out more about the campaign, click here.