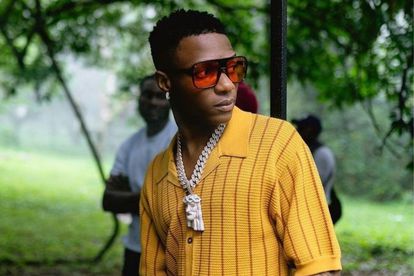 Nigerian musician Wizkid has come a long way in his career. From stepping into the limelight at 12 years old to bagging a Grammy Award at 30 for his feature on Beyoncé’s Brown Skin Girl, Wizkid is making waves in the industry. He was recently awarded Apple Music’s Artist of the Year award and made history performing at a sold-out show at London’s O2 Arena.

The Apple Music Awards honoured Wizkid with the Artist of the Year for the African continent. Apple Music described Wizkid as one of Africa’s biggest crossover acts. The 31-year-old musician has collaborated with the likes of Drake, Justin Bieber and South Africa’s very own Kabza De Small.

“Thank you to Apple Music for this award. It’s a blessing to get to do what I do and I’m proud to be representing for Africa,” he said.

The Grammy award-winning had three solo shows for his Made In Lagos Tour at the O2 Arena in London. He performed on 28 and 29 November and on 1 December.

Judging by the videos, Wizkid gave electric performances at all three shows. His fans were excited to see him bring out songstress Tems for a performance of their global hit Essence. He also brought out Chris Brown as a special act.

Several Twitter users who attended one of Wizkid’s groundbreaking performances at the London O2 Arena.

One tweep wrote: “I’m so proud of WizKid. He really sold out the O2 three times. The mf goat.”

Another said: “Wizkid was absolutely worth the hype. Best ticket in town.”

“Wizkid is a superstar. Look at this O2 setting. Insane.”