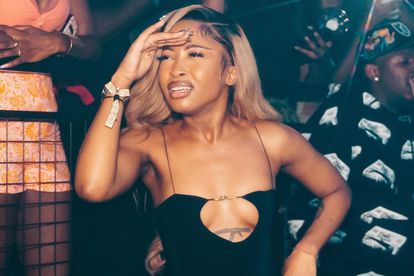 Following the success of her hit single Tanzania, Uncle Waffles officially released the music video on Wednesday 28 September. The amapiano DJ received high praise from fans for her high-quality music video. One tweep dubbed the 22-year-old the “biggest female DJ” in South Africa.

After the success of her international tour in countries like the United Kingdom and the Netherlands, Uncle Waffles took to Twitter to share the official release of the Tanzania music video with her 300 000 followers. The music video also marks her first-ever music video release.

“Can’t begin to explain how excited I am. Thank you to every single person who helped me bring this to life,” she wrote.

Reacting to the Tanzania music video, tweeps praised the Swaziland-born DJ for the quality of the project.

“Yoh, the Tanzania music video is hot! Uncle Waffles and her production team killed it bruv. She’s a superstar,” wrote one tweep.

“The rise of Uncle Waffles has been the most beautiful thing to watch. Such a superstar!!” wrote another tweep.

“Believe it not. Uncle Waffles is the biggest female DJ in the country.”

“Musically, Uncle Waffles will soon be ranked up there with the likes of me and Black Coffee.”

On 31 August, Uncle Waffles announced that she scored a residency on BBC Radio 1. She told her Twitter followers that she’ll be playing amapiano hits every Thursday evening.

“So proud to announce that I will be joining BBC Radio 1’s residency as a host where I will be shedding the spotlight on the genre that changed my life; amapiano and some of its hottest songs date!” she wrote on Twitter.