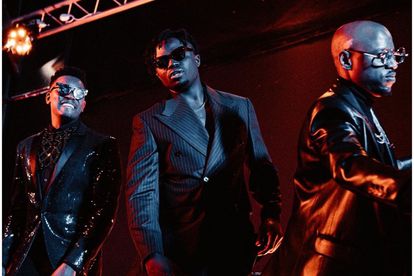 Tresor has represented Africa on a global stage twice in the last month and is ready to release his own album after successfully working with Drake and American heavy metal band Metallica. Tresor’s fourth studio album, Motion has an incredible lineup with some of the best local musicians.

Tresor was the talk of the town when he revealed that he worked with Canadian rapper Drake on his highly anticipated album Certified Lover Boy. The Congolese-born musician worked on the sixteenth track Fountains, which also featured Nigerian songstress Tems.

Tresor shared that he was involved in the production and songwriting of the song and noted that Drake’s manager Oliver El-Khatib reached out to him for the opportunity.

Showing off his talents, the 33-year-old musician went on to work with Metallica, recording his own version of the band’s hit single Nothing Else Matters.

Speaking to Texx and the City, Tresor shared that in his new album, Motion he explores and experiments with a lot of different sounds.

The album cover of the upcoming 14-track album shows Tresor’s uniqueness as an artist and speaks to his colourful creativity. The album is set to feature Ami Faku, Msaki, Da Capo, Sun-El Musician and Scorpion Kings, Kabza De Small and DJ Maphorisa, who he worked with earlier this year on a project titled, Rumble in the Jungle.

The award-winning musician released his lead single Lighthouse on 3 September. The single features afrohouse DJ, Da Capo and Kwa-Zulu Natal musician Sun-El Musician. Lighthouse is an afro-house offering that is perfect for a warm summer drive or braai by the pool.

Directed by Tresor and Marty Bleazard the music video is brilliantly shot and innovatively lit.