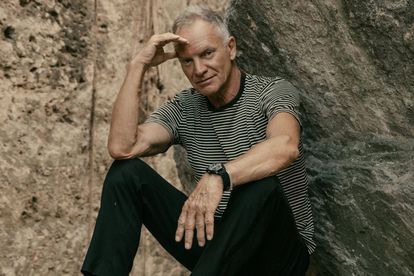 Sting has added two South African dates for his ‘My Songs’ tour in 2023. Image via Twitter @OfficialSting

Sting has added two South African dates for his ‘My Songs’ tour in 2023. Image via Twitter @OfficialSting

17-time Grammy award-winning musician Sting will be jetting down to South Africa for two performances in 2023. This marks the multi-talented star’s second performance in Mzansi since 2012. Sting will play two shows in February next year in Cape Town and Pretoria. Tickets will go on sale on Friday 2 September but a select group of people can get their tickets earlier…

Before kicking off his solo career, Sting was the frontman for award-winning band The Police between 1977 and 1984. After leaving the band, the England-born musician started his solo career and since then, he has become one of the world’s most respected musicians.

Over the years, Sting has collaborated with the likes of Mary J Blige, Herbie Hancock, Shaggy, Melody Gardot, Eric Clapton and more.

With 15 albums under his belt, Sting is showing no signs of slowing down in the music industry!

Sting’s My Songs tour is in celebration of his 13th studio album of the same name, originally released in May 2019. The tour started in Paris, France and later travelled to Philadelphia in the United States.

The 2022 edition of the tour kicked off in Le Grand-Quevilly in France and South Africans will be able to see Sting in February 2023!

The legendary musician will perform in Cape Town at the Grand West Arena on Wednesday 1 February, before heading to the SunBet Arena in Pretoria on Saturday 4 February.

Taking to Instagram to announce the tour, String wrote: “And the My Songs global caravan continues! “

Tickets for the South African leg of Sting’s My Songs tour will go on sale on Friday 2 September. The Discovery Pre-Sale for Discovery bank clients will start on Wednesday 31 August.

Tickets will be available here

Kaizer Chiefs: full list of youngsters tipped for promotion into senior side – report

Spirit of Ecstasy is 112 years old and Rolls-Royce celebrates