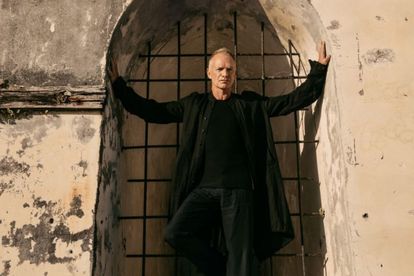 English singer-songwriter Sting has released the music video for his lead single, If It’s Love from his forthcoming 15th studio album, The Bridge. The music video features a stellar dance company and it was shot in two countries.

For his forthcoming album, the 69-year-old musician goes down memory lane to remember the music and places that have shaped him to become who he is today.

Fans of the Every Breath You Take hitmaker can expect a cocktail of rock, jazz, classical music, and folk informed by the ballads in Collection of English Folk Songs by Cecil Sharp, American theoretical physicist J. Robert Oppenheimer and the Roman history of Northumbria to Saint Thomas.

The Bridge is a 13-track album set to be released on 19 November.

According to Rolling Stone, Sting’s The Bridge album will feature several musical guests.

Dominic Miller will be on guitar, Josh Freese on drums, Bandford Marsalis on saxophone, Manu Katché on drums, Martin Kierzenbaum on keyboard, Fred Renaudin on synthesizer and backing vocals will be by Meliisa Musique, Gene Noble, Jo Lawry and Laila Biali.

The music video for Sting’s lead single from The Bridge, If It’s Love was directed by Canadian director Lukas McFarlane. The video was shot at Sadler’s Wells Theatre in Clerkenwell, London, and at Theatres De La Ville in Luxembourg.

Speaking about the single, Sting said: If It’s love is my addition to that canon where the tropes of metaphorical symptoms, diagnosis and downright incapacity are all familiar enough to make each of us smile ruefully.”

If It’s Love sees the 17-time Grammy award-winning musician enjoying the dancing while laying back comfortably on one of the theatre’s chairs.

WATCH THE ‘IF ITS LOVE’ MUSIC VIDEO HERE