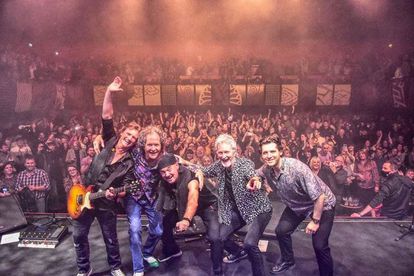 Chart-topping band Smokie is set to touch down in South Africa in December for shows in Pretoria, Johannesburg and Cape Town. The band is best known for their hits Living Next Door To Alice, Lay Back in the Arms of Someone and If You Think You Know How To Love Me.

As per their bio, Smokie has been Europe’s top live act for more than four decades. The band’s original members, Terry Uttley, Alan Silson and Chris Norman, founded the band as schoolboys at St Bede’s Grammar School in Bradford West, Yorkshire.

Smokie has travelled across the globe, performing in the United States, Germany, Denmark, Austria, Australia and more. Some of their best albums include Changing All the Time, Bright Lights & Back Alleys and The Montreux Album.

LISTEN TO ‘LIVING NEXT DOOR TO ALICE’ HERE

The British pop group will kick off their South African leg of shows on Thursday 15 December at the Grand Arena in GrandWest, Cape Town.

Smokie will then head to Pretoria for a show at the SunBet Arena on Friday 16 December.

Fans in Johannesburg will be treated to a show at the Big Top Arena at Carnival City on Saturday 27 December.

ALSO READ: Are you ready? Ultra South Africa set to return in March 2023

Fans in Johannesburg will be able to purchase tickets from R405 each.