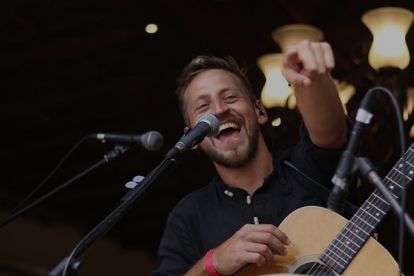 Steve Umculo’s Tongues Out Tour will cover five provinces and 10 different venues, including an opening slot for Jeremy Loops in Durban. Image via @steveumculo/Instagram

Steve Umculo’s Tongues Out Tour will cover five provinces and 10 different venues, including an opening slot for Jeremy Loops in Durban. Image via @steveumculo/Instagram

Joburg-based folk musician, Steve Umculo, has announced his biggest tour to date with his ‘Tongues Out’ National Tour.

Riding off the back of his successful main stage performance at Splashy Fen and the release of his latest single Fire To My Soul, Umculo will be embarking on his tour from June to August.

STEVE UMCULO EMBARKS ON THE TONGUES OUT TOUR

The Tongues Out Tour will cover five provinces and 10 different venues, including an opening slot for Jeremy Loops at the prestigious Durban Botanical Gardens.

“It’s an absolute honour to be sharing the stage with Jeremy. He’s been a massive inspiration for me as both a loop artist and songwriter for many years,” Umculo said.

Umculo’s new and improved loop set is a must-see spectacle. Developed for Splashy Fen’s acoustic stage in 2019, he has continued to build his set-up and improve his skills to the point where this one-man-band show is a prime candidate for festival main stage slots.

Looping has become very popular amongst live musicians recently, but the addition of the stand-up drum kit brings so much energy and excitement to the show. It is blatantly clear when watching his solo set that Umculo’s first love is rhythm. He often appears to be doing ten different things simultaneously on stage, and yet the rhythm never breaks.

Umculo’s slogan, “Sing. Dance. Smile” perfectly captures what the show is all about. Steve views music as a beautiful form of communication and wants to give his audience a few minutes to just escape into a realm of happiness, fun and excitement. He claims that if he can put a smile on the face of just one audience member, his job is done.

“A handful of venues on this upcoming tour will be new for me and I am so excited to bring my music to these cities for the first time. While the set still incorporates a lot of Umculo classics, I will be sharing a few unheard tracks from the upcoming album as I make my way around the country. See you beautiful people on the road,” Umculo concluded.

The tour starts on 15 June and continues until 19 August. Tickets are available here.