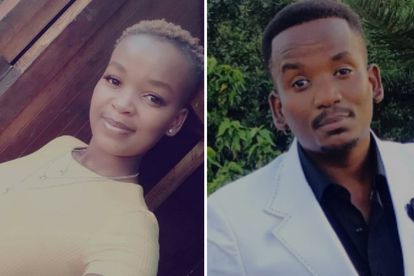 The late Sfiso Ncwane was a well-known gospel musician and it seems his gift of singing was passed onto his daughter, Snqobile Mzelemu, who has followed in his footsteps.

Ncwane passed away in December 2016, and although it has been almost six years, Snqobile would still like to honour him through song.

ALSO READ: ‘Reduced to just being a housewife’: Ayanda Ncwane on ‘RHOD’

According to Snqobile, who had a chat with Daily Sun, she has penned a song about her late dad.

She told the publication that she wrote the song last year, but it has been difficult to release due to a lack of funds. If assisted, she says she would use the money for a single cover, photoshoot, make-up and more.

“I’ve spent all my money on recording. I’m appealing to the public to help me release my single,” Sfiso Ncwane’s daughter was quoted as saying.

The aspiring musician says that her goal was to release her tribute song in April to coincide with the Kulungile hitmaker’s birthday.

“I was hoping to release this song on his birthday in April, but now I can see that it will be impossible,” she explained.

SNQOBILE’S RELATIONSHIP WITH HER LATE FATHER

For Sfiso Ncwane’s daughter, releasing a tribute song to her father would help her find closure.

Although she did not have a close relationship with him, she says she knows that he loved her.

“I wanted to have a father-daughter relationship with him, but the odds were against us. I know that he loved me. I loved him too, but we never got a chance to bond. Now that I am older, I decided to write this song for him to show how much I loved and needed him,” she said.

In 2020, Sfiso Ncwane’s daughter, Snqobile, and one of his sons, Sduduzo Dlamini, took the singer’s widow, Ayanda Ncwane, to court in a bid to get a share of their father’s estate.

ZAlebs reported at the time that Pinky Dlamini, who is Sduduzo’s mother, represented the children in court where they claimed that their stepmother and former Real Housewives of Durban cast member is dishonest and wants everything for herself.

The two children wanted Ayanda to be removed as executor of the estate, accusing her of no longer paying their maintenance.

Mamelodi Sundowns vs TS Galaxy: How to LIVE STREAM!