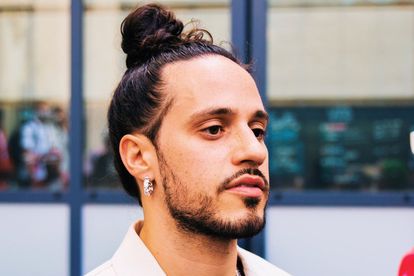 American rapper Russ is returning to South Africa for two shows in 2023. Image via Twitter @russdiemon

American rapper Russ is returning to South Africa for two shows in 2023. Image via Twitter @russdiemon

The likes of OneRepublic, The Lumineers, Justin Bieber and Kehlani are all set to touch down in South Africa for a few performances and another international artist has just added Mzansi dates for his tour! American rapper Russ, best known for his songs Cherry Hill, Wife You Up and Back To Life, will be performing in South Africa in 2023 for his The Journey Is Everything World Tour.

Atlanta-born rapper Russ kicked off his music career in 2011 but received global recognition in 2017 after releasing his album, There’s Really a Wolf. The 20-track album had no features and was certified platinum and debuted at number four on the Billboard R&B/Hip-Hop Music charts.

The 29-year-old rapper has been praised for his genre-bending singles, stellar vocals and relatable lyrics in his music.

Over the years, Russ has built a strong fan base in South Africa. The Losin Control hitmaker performed to a sold-out crowd at Rocking the Daisies in 2019. The rapper shared the stage with English pop-rock band, The 1975.

Russ is set to return to South Africa for two shows in January 2023. Before jetting down to Mzansi, the rapper will travel across North America, Europe, India, Australia, New Zealand and South Africa for his The Journey Is Everything World Tour.

The Journey Is Everything World Tour comes after Russ’ Shake The Globe Tour which wrapped earlier this year.

Russ will kick off the South African leg of his world tour on 19 January 2023 in Cape Town. The rapper will be performing at the Castle of Good Hope and tickets are available from R450 each.

On 21 January 2023, Russ will be performing in Johannesburg north. The venue for the performance is yet to be confirmed. Tickets are available from R450 each.