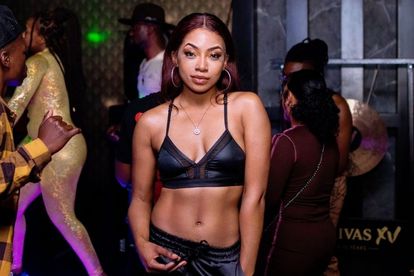 Award-winning rapper Rouge has cemented herself as one of the top hip-hop acts in Mzansi. As she gears up to release her upcoming second album, she has announced an exciting global deal with Warner Music South Africa.

Rouge rose to fame after the release of her debut album, The New Era Sessions in 2017. The 15-track album featured her hit tracks Dololo featuring BigStar Johnson and Mbongo-Zaka featuring Nomuzi Mabena aka Moozile.

The 29-year-old took to Instagram on Friday 29 April to announce that she has inked a global deal with Warner Music South Africa.

“Now let’s finally give y’all the music y’all be begging for,” she added.

‘THE AURA OF A STAR’

“She walks into any room and effortlessly becomes the centrepiece,” added Brown.

“We believe that there is so much more that she has to offer that hasn’t been tapped into. This new chapter embodies a bold and edgy Rouge, who is unapologetic about her superstardom.”

“We as Warner Music South Africa are excited to walk the next chapter with the undeniably talented star.”

“Well deserved cause you mad talented, congratulations,” wrote one tweep.

“You’re amazing. Been following you for years there by IG. I am happy this happened for you,” wrote another tweep.