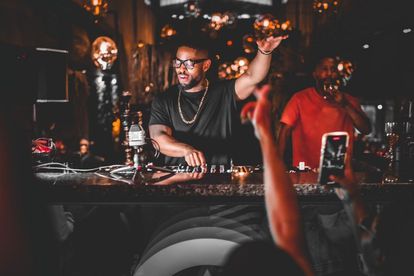 Prince Kaybee his album ‘The 4th Republic’ didn’t do well because of amapiano’s dominance. Image via Twitter @PrinceKaybee_SA

Prince Kaybee his album ‘The 4th Republic’ didn’t do well because of amapiano’s dominance. Image via Twitter @PrinceKaybee_SA

Although the amapiano genre has grown immensely in South Africa and internationally, Prince Kaybee says he still won’t make an amapiano track. The Uwrongo hitmaker said his latest album was “fumbled” by the dominance of the genre and was stunned when a club-goer asked him why he wasn’t dancing like Uncle Waffles.

Prince Kaybee released his fourth studio album The 4th Republic on 5 March 2021. The album is a dance/electronic album and has features on almost every track. The likes of Black Motion, Nokwazi, Ami Faku and King Monada are all featured on the album.

One highlight on the album is Uwrongo featuring DJ Shimza, Black Motion and Ami Faku. The song was featured on Barack Obama’s list of music that inspired him during his presidency.

Another highlight on the 24-track album was Hosh featuring Sir Trill. The music video has accumulated over one million views.

Taking to Twitter on Wednesday 1 December, a tweep encouraged Prince Kaybee to make an amapiano song and he simply replied: “Nah”.

Another tweep chimed in, highlighting that they felt his album The 4th Republic wasn’t pushed enough. The 32-year-old DJ and producer said he feels his album was “fumbled” and the reason is that most people want to hear amapiano.

He shared that while playing at a club recently, he was compared to internet sensation Uncle Waffles.

“I was playing at a club two weeks ago and a girl approached me to ask when am I playing it and also why am I not dancing like Waffles,” he wrote.

PRINCE KAYBEE IS UP FOR THE ‘CHALLENGE’

Responding to Prince Kaybee, a tweep asked him how it feels to compete against another genre. The producer said he “loves” being challenged.

“It’s beautiful, there’s something about being under pressure that turns me on (not sexually) but competitively. So it’s game on for me, if you guys don’t like a song we just go to the next and continue like that.”

Responding to another tweep he said DJ’ing topless is out of the window for him because “someone is doing it already”.