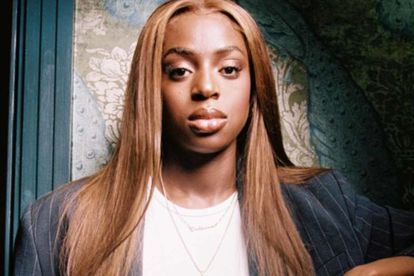 Add these five queer artists to your playlist. Image via Twitter @THEBEAT999FM

Add these five queer artists to your playlist. Image via Twitter @THEBEAT999FM

Pride Month is in full swing with colourful celebrations taking place all over the globe. To mark the significant month, take a look at five LGBTQI+ musicians who are taking the music world by storm.

American rapper Justin Harris, popularly known as Saucy Santana kicked off his music career in 2019 after a career as a make-up artist. The Florida native caught the world’s attention with his 2020 single Walk which sparked a viral Tik Tok challenge.

After the success of Walk, Saucy Santana stunned with his catchy beats and spicy lyrics in Material Girl.

Young singer-songwriter Cat Burns hails from the United Kingdom and has a phenomenal voice. The 21-year-old kicked off her singing career on TikTok and has since gained a massive following with her heartfelt singles It’s Over and Free.

Bringing it home is Zambian-born, South African-based R&B singer Moonga K. Some of the 25-year-old’s most popular singles include Rebel Time featuring Sampha the Great and I Know (I Do) off his 2020 album, An Ode To Growth, Pt 1.

Grammy-nominated R&B singer Kehlani identifies as queer and uses she/they pronouns. Over the years, the talented muso has collaborated with the likes of Ty Dolla $ign, Justin Bieber and Cardi B.

Kehlani will be on South African soil for the first time in October for a performance at Rocking the Daisies!

WATCH THE ‘UP AT NIGHT’ MUSIC VIDEO HERE

American R&B muso Syd rose to fame as a member of Odd Future, a hip-hop group founded by Grammy-winning rapper Tyler, the Creator. The 30-year-old then travelled the world (including South Africa) with her band The Internet before settling as a solo artist.

LISTEN TO ‘OUT LOUD’ HERE