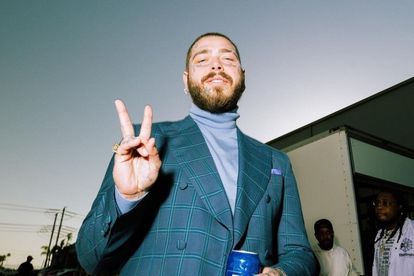 American rapper Post Malone is gearing up for the release of his fourth studio album, Twelve Carat Toothache on 3 June. The Grammy-nominated rapper has announced a star-studded feature list with the likes of Doja Cat, Gunna and The Weeknd.

WHAT TO EXPECT FROM ‘TWELVE CARAT TOOTHACHE’

Post Malone previously told Billboard that he had to “rediscover” what made him enter the music industry.

“There was a switch that flipped and it felt like I was making Stoney. I lose that and the hardest part is getting it back.”

He recently told Apple Music’s Zane Lowe that the album is about a “bipolar aspect and the duality of everything”.

“There’s a lot of things very much so on this record that are tounge-in-cheek. And I think this whole record is the most honest record I’ve made and I’m so pumped for people to hear it,” he said as per Rap-Up.

WHO’S FEATURED ON THE ALBUM?

Post Malone released his collaboration with Roddy Rich, Cooped Up as the first single for Twelve Carat Toothache.

The 14-track album will also feature the likes of Doja Cat, Gunna, The Kid LAROI and American indie band, Fleet Foxes. The album also features Post Malone’s 2021 collaboration with The Weekend, One Night Only.

TAKE A LOOK AT THE FULL TRACKLIST

One tweep wrote: “Don’t forget that Post Malone is dropping his best album next week.”

“Excited for Post Malone’s new album, just in time for the summer nights,” wrote another tweep.

“Post Malone’s new album comes out next week. I can’t wait any longer. I need it.”