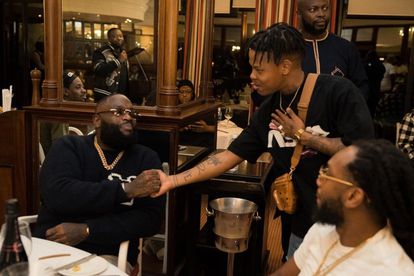 SA Hiphop Mag reported that rapper Nasty C, real name Nsikayesizwe David Ngcobo, seems to have more questions than answers following the release of No Big Deal, a track in which he addresses his alleged beef with A-Reece and other rappers

Nasty C said in a video he posted on social media that he has done his part in cleaning up the mess and now the ball is in The Paradise rapper’s court.

“You guys make me feel like I did a soul a favour, like I played my part and I did what I had to do to clear the air, at least on my side… I just left the sh*t on the table for the other person to decide where they want to stand you know,” he said.

The coolest kid in Africa opened up about a lot of things in the song that he has been repressing for a long time, including his alleged beef with A-Reece and Sarkodie.

No Big Deal opens up with a verse from the multi-award winning rapper, detailing his relationship with Sarkodie.

“When I first met Sarkodie, he wouldn’t shake my hand. Cool. I’m not too proud to say I’m still a fan. But I held a grudge and told myself to wait till I’m the man,” he said.

The incident made Nasty C angry and disappointed as a fan he told himself that he will never give Sarkodie a verse, by declining two Sarkodie features a decision he now views as cowardice.

“Looking back on that today, I was in coward mode, and besides, those two songs are either out or old. See this the best way I know how to get shit off my chest I was just a disappointed fan, it’s nothing more or less.”

NASTY C NOT BEEFING WITH A-REECE

The SMA rapper also addressed his beef with A-Reece and he maintains that there had never been animosity between them. He added that he has made every effort to make amends.

“I’m down to go either way at this point I’ll leave it up to him,” he said.