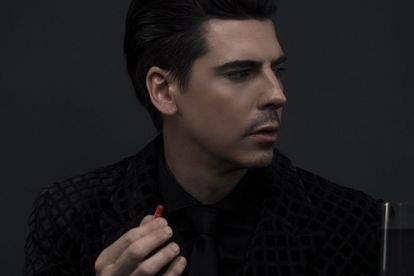 Nic Billington says his new single ‘Homesick’ is a ‘perfect celebration of life and remembrance’. Image via Facebook: Nic Billington

Nic Billington says his new single ‘Homesick’ is a ‘perfect celebration of life and remembrance’. Image via Facebook: Nic Billington

In 2008, SA muso Nic Billington caught the world’s attention when he covered one of Britney Spears’s singles. He was featured on the Gimme More hitmaker’s website and it was only up from there. Billington released his new single Homesick on 4 February and told IOL the song is a “perfect celebration of life and remembrance”.

Nic Billington, originally from Durban, saw his career soar after he covered one of pop icon Britney Spears’s songs on YouTube. He told IOL in 2021, that he always planned to record and post covers on the video-sharing website.

“I’ve been a Britney Spears fan since the beginning of her career so when I discovered that my YouTube cover had made its way on to her official website, I totally freaked out.”

“When my video got featured I was inundated with messages and opportunities to further my music career – and that is how I was discovered.”

Billington’s new single Homesick was written in collaboration with music producer Paul Gala and songwriter Mia van Wyk. The synth-laced 80s inspired single is centered around the loss of a loved one, which he calls a “perfect celebration of life and remembrance.”

The music video follows Billington on a fun night out in London. From hopping off the tube to guzzling down a bottle of champagne on a bridge, the video is full of spontaneity.

“I really wanted to capture spontaneity, excitement and fun for this visual and we definitely understood the brief.”

“At one point we even put cameras away and missioned across the city on Boris bikes. I wish the process behind all music was this easy-going and fun.”

WHAT’S NEXT FOR NIC?

Billington moved to London seven months ago and managed to catch summer in the United Kingdom. Speaking to EastCoast Radio, he said he has been booked for gigs every week.

“Hopefully in June/July, I release my EP which is titled Dark Horse.“

“You’ll hear all your favourite tracks on there.”