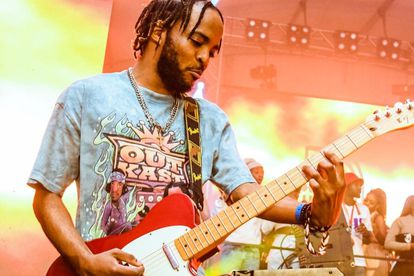 All your favourite artists, both local and international, have dropped hot releases for New Music Friday. Locally, the likes of Zädok, J Molley and afrohouse producer, De Moguel SA, have all dropped new projects.

First, on our New Music Friday list is multi-talented musician Zädok, who has worked with some of Mzansi’s biggest artists including Sjava, Langa Mavuso and amapiano star Musa Keys. The muso has also worked with Grammy award-winning rapper, Lil Nas X.

For his 7-track project, Perspective: Red, the multi-faceted artist features close collaborator, AKA, Mthunzi and Nigerian-born artist, AirBoy. This EP is the second installment in his Perspective: Red series that was shaped by his life experiences.

LISTEN TO ‘TOO EASY’ HERE

SA rapper J Molley put his music career on hold in 2021 to focus on his mental health. Well, the hip-hop star is back with a new album titled, Almost Dead. The 10-track album has no features and two stand-out tracks are Up To and Soaring.

Almost Dead is the only SA hip-hop album featured on our New Music Friday list.

LISTEN TO ‘UP TO’ HERE

Next up on our New Music Friday list is R&B star Lucky Daye who has released his second album, Candydrip. The Grammy-nominated singer featured American rappers Lil Durk, Smino and Canadian experimental soul band Chiiild on the 17-track album.

Speaking about Candydrip to Rated R&B, Daye said: “These are a bunch of different flavours of songs, giving you ear candy in different ways.”

This EP is a standout release on our New Music Friday list.

LISTEN TO ‘OPEN A WINDOW’ HERE

Megan Thee Stallion and Dua Lipa are two of the world’s biggest artists. The two powerhouses come together on this pop single Sweetest Pie and fans are loving it!

This pop number adds some sparkle to this week’s New Music Friday list!

Closing off New Music Friday is The Chainsmokers with their second single of the year, iPad. Taking to Instagram on Thursday 10 March, the electro duo said they wrote the song when they felt they had no one to talk to.

“It wasn’t that I didn’t have anyone that would listen, but I had reached a level of cognitive dissonance that I felt was unexplainable. I don’t keep a journal so writing this song and others on this album is my opportunity to organise my thoughts,” they wrote on their Instagram page.

This electronic track is a standout release on our New Music Friday list.