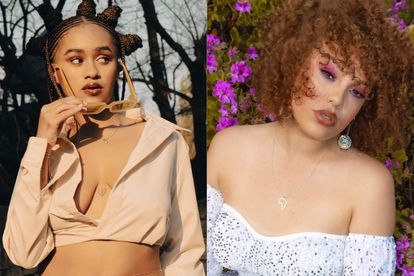 Take a look at some #NewMusicFriday releases.

Night Call is Olly Alexander’s first solo project as Years & Years. The trio who had been together for over eight years went their separate ways, leaving Alexander to carry the name himself.

Night Call is a 16-track album that fuses eerie electro and pop sounds. The album has features from electro duo Galantis and Australian singer Kylie Minogue.

LISTEN TO ‘SOONER OR LATER’ HERE

American rapper NBA YoungBoy blasted onto the hip-hop scene in 2015 and later collaborated with rappers Kevin Gates and Boosie Badazz. Since then, the 22-year-old rapper has made a strong name for himself in the industry but he has had a few run-ins with the law.

Colors is the rapper’s first album release since spending just over six months in jail. The opening track Long Live is a strong start to the 20-track album.

Next on our New Music Friday list is South African rapper Patty Monroe who has risen as a strong force in SA hip-hop. The Cape Town-based artist raps flawlessly on the 7-track project titled Perfect Timing.

Two standout tracks from the album are Madam President and Slé, a pop track laced with some futuristic sounds.

Reece Madlisa & Zuma aka Amaroto have kicked off their year with the groovy amapiano track Megalo. The track is named after a restaurant in Marlboro, Sandton and is the perfect start to your weekend. Megalo is a notable track on our New Music Friday list.

R&B singer Nanette has captured Mzansi with her stunning voice and relatable vocals. Her first single of the year, Dream Girl is a slow, soft and meaningful track. Essentially, Nanette is asking: “Am I not your dream girl?”

Mary J Blige is one of R&B’s most iconic artists. As she gears up to release her 15th studio album, the talented songstress has released Rent Money, a smooth R&B track featuring rapper Dave East.

Her album Good Morning Gorgeous is set to be released on 11 February.