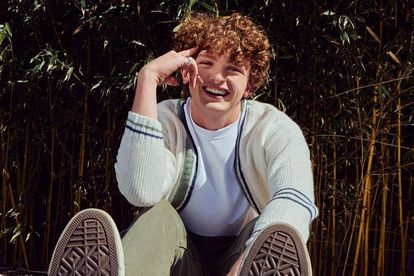 Will Linley has released his second single ‘Wrong Time’. Image via Facebook Will Linley

Will Linley has released his second single ‘Wrong Time’. Image via Facebook Will Linley

Afrikaans alternative band Spoegwolf has kicked 2022 off on a high note with their new album, Droombrief. The album features 13 new tracks to kick back and enjoy.

Joyous Celebration 26: Joy is the gospel group’s follow-up to their 25th album. This 15-track album features uplifting music with songs in English and isiZulu.

LISTEN TO ‘ALL POWERFUL’ HERE

Michael Bublé has released his first studio album in three years, and it is nothing short of amazing. The 13-track album has one feature, American musician Willie Nelson. Apple Music notes that there is “something large and life-affirming” about the music on this album.

This is a standout release on our New Music Friday list.

Grammy-winning reggae star Koffee is back on the music scene with a new album titled Gifted. She uses the 10-track album to address injustices in her home country, Jamaica.

20-year-old singer-songwriter Will Linley has officially released his second single. Taking to Instagram on Wednesday 23 March, Linley said it felt incredible to finally release the song.

“I love this song, I love the energy and I love that I can share this little part of me with you.”

Star rapper Nasty C has released his second single of 2022, Can’t Imagine. The award-winning rapper leaves no stone unturned with his bars on this track.

Ahead of her one-woman show in Botswana on Sunday 27 March, Makhadzi had released a new single titled Pain Ya Jealous. The high-energy single is the perfect way to kickstart your day!

LISTEN TO ‘PAIN YA JEALOUS’ HERE

Amapiano vocalist Pabi Cooper teamed up with Focalistic, Ch’cco, Nobantu Vilakazi and LuuDadejay for her new single Banyana Ke Bafana, which translates to “Boys Are Girls”. The single is the only amapiano track on our New Music Friday list.