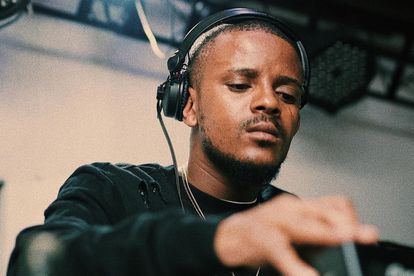 Kabza de Small is trending after Tweeps accused him of having a bad attitude. Image via Facebook: Kabzadesmall_

Kabza de Small is trending after Tweeps accused him of having a bad attitude. Image via Facebook: Kabzadesmall_

Kicking off New Music Friday is the King of amapiano, Kabza De Small, who has surprised fans with a four-track EP. Several local artists have released new music this week including Lady Zamar who returned to the studio following successful throat surgery.

Ziwangale is Kabza De Small’s first solo release of the year. The EP brings together the best in gqom and amapiano with features from Young Stunna, DJ Tira, Dladla Mshunqisi and Felo Le Tee.

British producer, singer and songwriter Labrinth has received high praise from Euphoria fans for the television series’ soundtrack. The 24-track soundtrack includes I’m Tired, a collaboration between Labrinth and Zendaya.

American rapper Pusha T told Apple Music that he made his album, It’s Almost Dry during the COVID-19 pandemic. The 12-track album has production credits from Pharrell Williams and Kanye West. The album features the likes of Lil Uzi Vert, Jay-Z, Kid Cudi and Labrinth.

Namakau makes a return and takes her fans back in time with a honeyed new single titled Rewind. The neo-soul single is an ode to the recovery of a broken heart. Namakau and Lordkez both display their versatility.

Award-winning muso Jeremy Loops is back with a new single titled Better Together. The upbeat single is a blend of folk and pop sounds. Loops co-wrote the single with Ed Sheeran.

LISTEN TO ‘BETTER TOGETHER’ HERE

Find Me Now is Lady Zamar’s first single release in more than two years. The pop single explores the ups and downs of a relationship. Can fans expect Lady Zamar’s new album soon?

LISTEN TO ‘FIND ME NOW’ HERE

Florence + the Machine floats on their new single Free. The single is the fourth release from their upcoming album, Dance Fever set to be released on 13 May.

Free is a standout track on our New Music Friday list.

Riptide is the third single release from The Chainsmokers ahead of their upcoming album, So Far So Good. Their 13-track pop album is set to be released on 13 May.