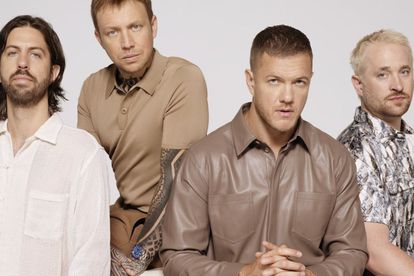 This week’s New Music Friday list is filled with a few hot jams to warm up the cold days ahead. Grammy-winning pop-rock band Imagine Dragons have released their new album, Mercury Act 2, while R&B star Giveon is serenading his fans with a 15-track album titled Give Or Take. Local artists Tshego and Mlindo The Vocalist have also released new singles.

Imagine Dragons’ Mercury Act 1 was released in September 2021 and the band has followed it up with Mercury Act 2. In a lengthy Instagram post, the band says the album focuses on “life after loss” and says the release is mainly about carrying on with a sense of belonging.

Known for his heartbreak anthems, Giveon’s new 15-track album Give Or Take offers nothing less. The album comes after the R&B star’s 2021 release When It’s All Said And Done…Take Time.

Ahead of his fiery new album, Funk Wav Bounces Vol 2 set to be released on 5 August, Scottish DJ and producer Calvin Harris is giving his fans a taste of what to expect! The multitalented star has released New Money featuring 21 Savage and it’s not your ordinary rap song.

American rapper Cardi B is back on the hip-hop scene following a brief absence from music. For her new single Hot sh*t, Cardi teams up with Kanye West and Li Durk for a stellar rap single.

Hot Sh*t is a standout release on our New Music Friday list.

Closing off our New Music Friday list is Mlindo the Vocalist who teamed up with DJ Maphorisa aka Madumane, on his new afro-soul single, Umuzi Wethu.